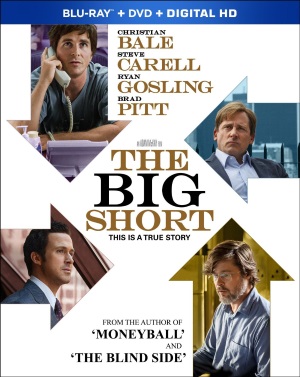 Christian Bale is Dr. Michael Burry, a genius on the autism spectrum who doesn’t get sarcasm and fights anxiety with death metal. Steve Carell is Mark Baum, the outraged, angry head of a small investment team whose social skills are only slightly better than Burry’s. Brad Pitt is Ben Rickert, a disillusioned trader intrigued by the findings of two young guys (Finn Wittrock and John Magaro) with a private investment fund. These guys, independently of one another, figured out that the so-called Triple AAA mortgage bonds were built on a foundation of ready to collapse at the first tremor of panic.

Ryan Gosling is the junior Gordon Gekko who narrates the story and provides color commentary with a cynical wit. A slick suit with a feral bloodlust for money, he’s not like these outsiders who, to some degree or another, are appalled at the degree of corruption and lack of accountability they discover in their respective campaigns of due diligence. He’s just a man who smells profit and signs up for his share, but it also makes him an effective master of ceremonies. He’s got no illusions to be shattered, which makes his incredulity all the more effective. 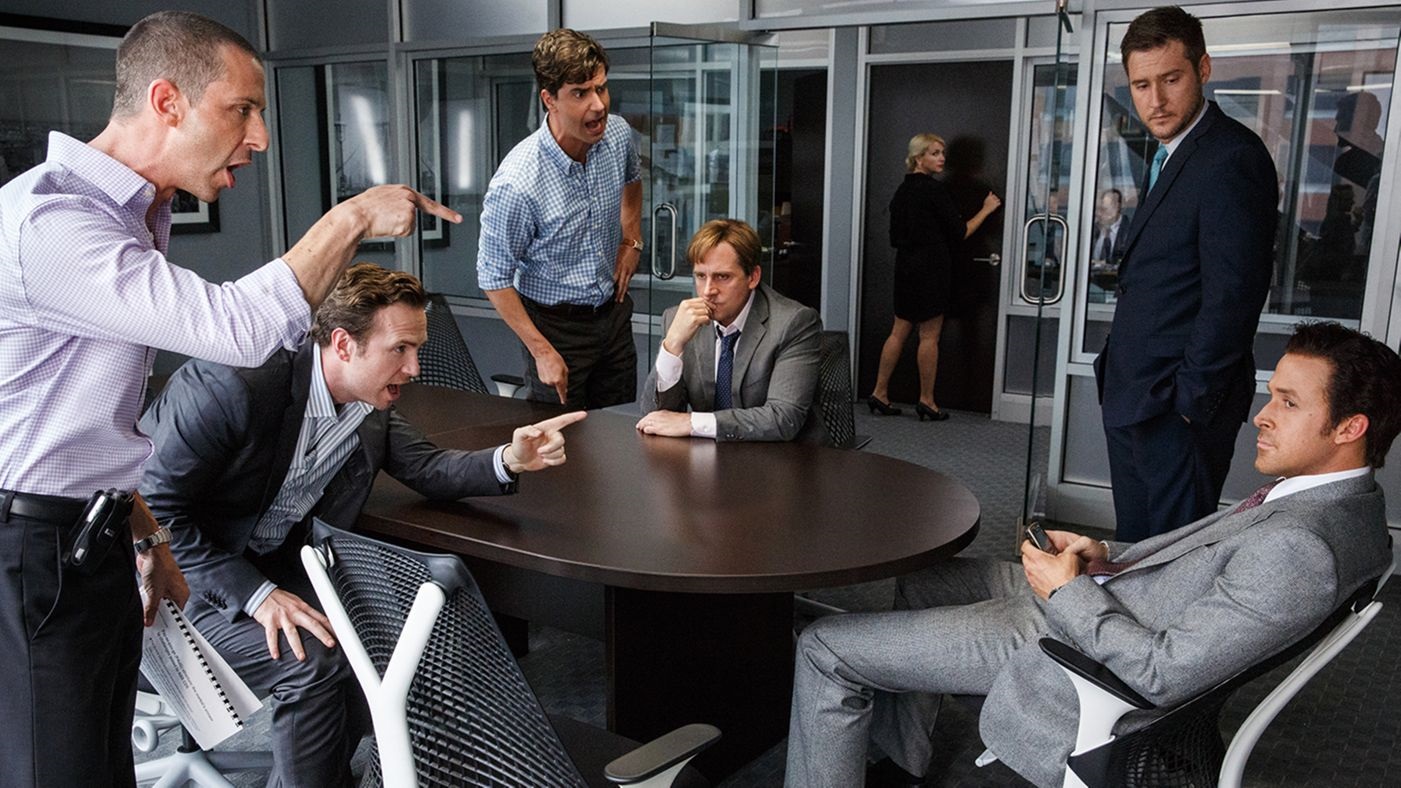 Let’s be clear: the characters of The Big Short are constructs with no dimension beyond their surface quirks and McKay, who has the chops for ensemble comedy and visual humor, hasn’t any idea how to stage or shoot a dramatic scene. This isn’t a film so much as an illustrated screenplay sustained by screen personalities and directorial momentum.

Given that, The Big Short is the film that we needed at this time. Its star power alone brings in folks who wouldn’t think of watching a documentary, and the jumpy pace and steady laughs are just the thing to pull viewers through the arcane details of the investment business to understand how it fell apart. At least in its broad strokes. You may not remember all the economic details once the film is over but you should come away with a sense of outrage, a checklist of those responsible, and a realization that the marketplace is not some pure self-correcting financial ecosystem but a free-for-all built on greed, faith, blind obedience, ignorance, and a disturbing lack of accountability. That the film has you laughing instead of crying is bonus.

The Blu-ray edition includes five featurettes and bonus copies of the film on DVD and Ultraviolet Digital HD. 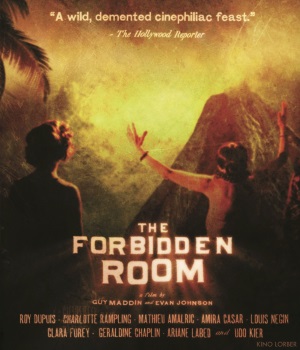 The Forbidden Room (Kino Lorber, Blu-ray, DVD, Netflix) – Canadian iconoclast Guy Maddin has been making strange, surreal films that evoke the images and storytelling traditions of silent movies for decades. The Forbidden Room (2015), which he co-directed with his former student Evan Johnson, is like a compendium of his obsessions and cinematic fetishes. It opens on a mock-instructional film on “How to Take a Bath,” shifts to a submarine trapped at the bottom of the sea where a lumberjack (Roy Dupuis) inexplicably appears, shifts to his story of a feral forest adventure and a damsel in distress, who finds herself transported to an exotic nightclub out of an old Hollywood movie, and so on.

The film arose from a project called “Séances,” a museum installation at the Centre George Pompidou in Paris where he “remade” lost films and unfinished projects from the silent and early sound era. The Forbidden Room, partly shot concurrently with that project, is a collection of scenes and movie clichés reworked with campy exaggeration and absurd, cartoonish twists. Shot on a minimal budget, with a production design that favors ingenuity and creativity and a cast that includes such major European actors as Geraldine Chaplin, Mathieu Amalric, Udo Kier, and recent Oscar nominee Charlotte Rampling (some of them in multiple roles), it has a whimsical, absurdist sense of humor. The actors engage in the exaggerated performance style of silent movie melodramas and comedies and Maddin digitally “ages” his films with scuffs and scratches and cracks and even distorted frames as if they were from decaying nitrate prints from the 1920s. Those distortions are given a life of their own with his digital tools and even become cinematic devices of their own, morphing from one image to another as if released by the ghosts of early cinema.

The result is something that defies explanation, let alone description. Maddin make no effort to make sense of any of it, or even worry about any kind of dramatic closure. It’s all about the texture, the weirdness, the quality of the cinematic moment. This is not for audiences who demand story and character and narrative logic. But if you can put expectations aside and lose yourself in the ravishing dreamscapes and absurd situations that Maddin creates on his tiny stages with his mad collaborators, you’ll discover a cinematic experience like no other.

Blu-ray and DVD with filmmaker commentary, two featurettes, and a bonus short, plus a booklet.