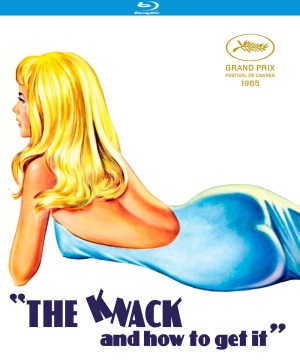 Michael Crawford is grade school teacher Colin, the meek landlord of a flat where lives Tolen (Ray Brooks), who has “a certain success with the ladies” (which Lester exaggerates in a simultaneously poetically delicate and outrageously dreamy image of identically clad young women lining up the staircase and out the door into the streets for their turn with Tolen). When Tolen agrees to teach Colin a few tricks he decides he needs a bigger bed. Meanwhile Nancy (Rita Tushingham) arrives in London. While Colin and his new border Tom (Donal Donally) push Colin’s new brass bed home through the streets of London (which Lester shoots with a “candid camera” technique to elicit surprised reactions from unsuspecting onlookers) they “pick-up” Nancy, but Tolen moves in for the make while Colin chokes on small talk. Crawford’s underdog desperation and mix of innocence and desire makes for an appealingly nerdish hero but it’s Tushingham’s kooky charm and deft comic delivery that steals the film. Lester’s offbeat sense of humor and zippy pace drive this goofy romance and compendium of sight gags and non-sequiters, while John Barry’s lovely score balances the energy and invention with a tender romanticism. 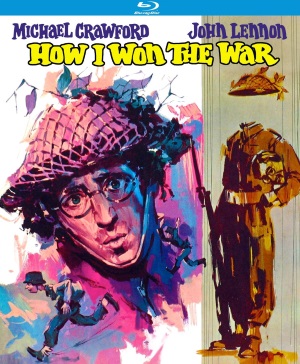 John Lennon gets second billing in How I Won the War (Kino Lorber Studio Classics, Blu-ray), Lester’s farce of confused priorities and skewed war stories in World War II but is no more than simply another member of the ensemble of confused, distracted and goofing soldiers under the command of Michael Crawford’s eager but incompetent Lt. Goodbody, a cheery upper class twit promoted to officer by virtue of class rather than any talent, intelligence or aptitude for leadership.

Lester had directed Crawford in the The Knack and Lennon in A Hard Day’s Night and Help!, which are all better movies than this well-meaning misfire of a black-humored satire as anti-war statement. The absurd mission movie (to build a cricket pitch in the North African desert in advance of the invasion) is an awkward mix of British music hall lampoon, “Goon Show” whimsy and absurdity, gallows humor and gruesome scenes of death (actual battle footage is edited into the comic chaos), sometimes inspired, sometimes mugging shamelessly in overworked performances and bizarre antics. Lennon’s impish goofing around the edges can be endearing, but the slapstick often falls flat and the collision of comedy and cruelty gets confused. The cult of John Lennon has made this an essential film for completists, but it’s little more than an oddity for everyone else. 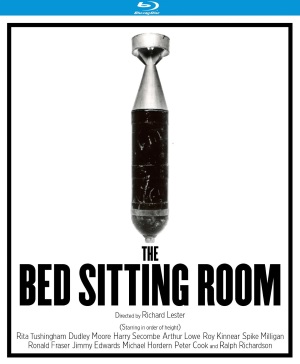 The Bed Sitting Room (Kino Lorber Studio Classics, Blu-ray), adapted from the play by Spike Milligan (of “The Goon Show”), is another anti-war satire, this one a series of comic sketches about a post-nuclear London with a girl who is 17 months pregnant, a father who turns into a parrot, and others who become a chest of drawers and a bed sitting room.

All three have been previously available on DVD or DVD-R and are remastered for their respective Blu-ray debuts, and all three include the “Trailers From Hell” shorts on The Knack (with Allan Arkush) and The Bed Sitting Room (with John Landis) and a Lester trailer gallery.

Two years the label released Lester’s superb (and far too often overlooked) 1974 picture Juggernaut (Kino Lorber, Blu-ray, DVD), a kind of caper thriller about a terrorist who plants seven bombs on a luxury ocean liner. Richard Harris and David Hemmings are the disposal experts parachuted in to defuse the bombs and Omar Shariff is the captain who neglects his wife (Shirley Knight) under the pressure of the situation. It’s not a comedy by any definition—in fact, it’s a terrific thriller with as much personality as tension—but Lester weaves some terrific character humor through the picture, notably Roy Kinnear as the hapless Social Director, trying his best to keep spirits through the ordeal. Lester rewards the actor and his character with a lovely little moment of human tenderness amidst the chaos. This has never been on disc before and it is a welcome arrival as well as a good-looking disc. It’s not stellar but it’s mastered from a good source and has a strong image and color. No supplements.