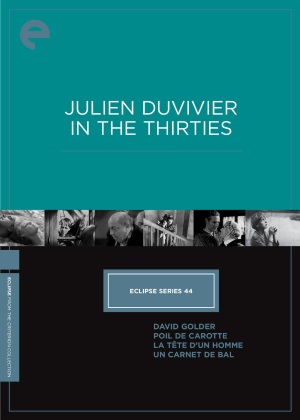 It’s the innovations that jump out in the opening moments David Golder (1930), his first collaboration with Baur and his first sound film. Duviver meets the challenge of the talkies with a dynamic use of sound in the rapid-fire montage of the opening scene. It emphasizes the energy and speed of the modern age as a succession of commentators build up his reputation in snippets of gossip about the man and his fortune. Duvivier edits sound in the same spirit of his images, with strong, jolting cuts from silence to startling noise and back.

Golder (Baur) is a ruthless banker who climbed to the top by destroying his enemies—his backstabbing partner is the latest victim of his vindictive dealings—but has no life outside of business, and certainly no joy. He dotes on his daughter, a spoiled heiress who simply loves his money, and ignores his wife, who spends his fortune as quickly as he makes it and would prefer he not actually show up to the country manor he purchased for her. This culture that Golder would rather avoid is the French version of an American pre-code movie of life among the rich and decadent, a wretched, spoiled world of human parasites whose contempt for those who actually work for money is matched only by their greed. Golder is pitiless and cruel, a self-made man who arrived penniless and built his fortune from nothing, but next to his wife and daughter and their shallow society, he’s the closest the film has to a hero. When his health turns bad, he decides it’s time to retire and let his family fend themselves but his daughter isn’t having any of it so once more he wades into the cutthroat world of international dealmaking. 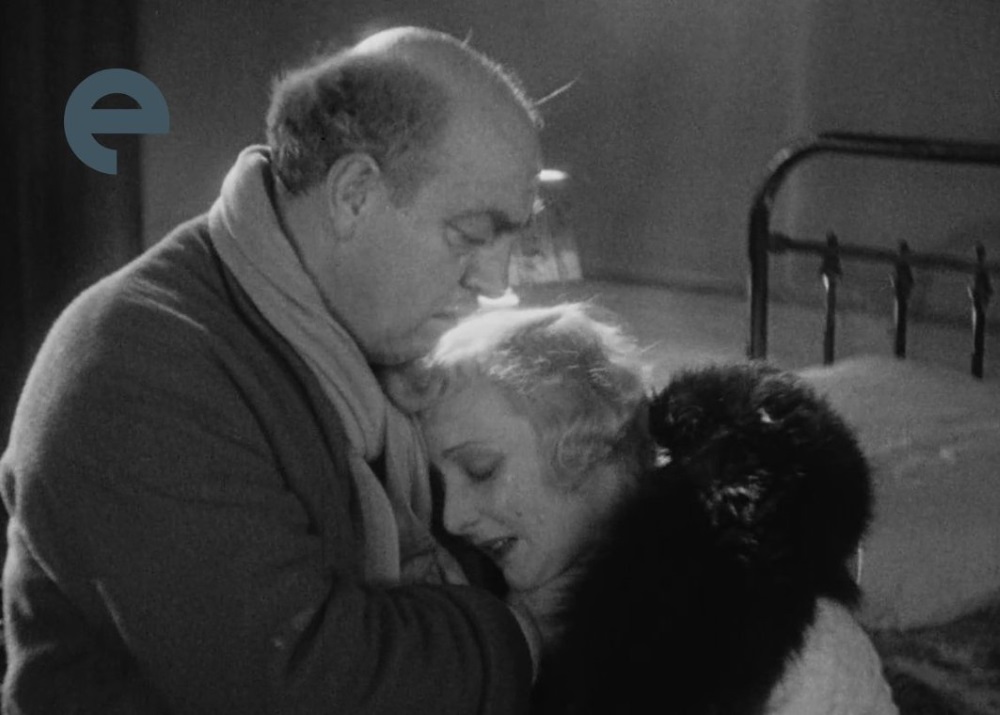 David Golder is based on the debut novel of Irène Némirovsky, a Russian-born Jewish writer who was killed in the internment camps during the Holocaust (her unfinished final novel, “Suite Française,” written while she was in hiding during the occupation, was discovered and published a decade ago). And it announces Duvivier as a sophisticated filmmaker who not only refuses to let the challenges of the new dimension of sound deter his cinematic approach—his elaborate camerawork is as impressive as it is expressive—but uses sound inventively and evocatively. It’s a fairly simple story with little dimension to the characters—I don’t know if that’s a weakness of the novel or simply a limitation of the adaptation—but the culture of corruption and decadence and predatory greed seeps through every scene.

Poil de Carotte (1932), which translates to “Carrot Top,” is a remake of his 1925 silent success (which is not home video), a mix of comedy and near-tragedy in the story of a sweet, spirited kid (Robert Lynen, superb) bullied by his mother, who favors the boy’s teenage brother and sister, and ignored by his disconnected father, who has checked out of the family completely. It inspires the defining line in his school essay: “A family is a group of people forced to live together under one roof who can’t stand each other.” His teachers, who appreciate his spirit and intelligence, are convinced he’s overreacting but as he goes home from boarding school for the summer we find he’s absolutely correct.

Baur plays the father, a jovial man in public who so disgusted by the behavior of his wife and elder children that he no longer engages with any of them, leaving the youngest to roll with the punches with his imaginative spirit, witty sense of humor, and upbeat demeanor. Even all that pluck isn’t enough to cushion his heart from neglect. In fact, for an often lively family movie with idyllic scenes of play in the countryside and small town camaraderie in the village (where father is running for mayor), Poil de Carotte has a sadness that cuts to the soul. Yet it is also the gentlest and sweetest of this Duvivier quartet, filled with the spirit of the red-headed child beloved by all in the countryside but his own family. It makes the boy’s own slide into fatalism all the more powerful.

I don’t want to spoil anything but if you are worried about heartbreaking tragedy, fear not. There are devastating moments but Duvivier is ultimately protective of our boy and sends a few guardian angels his way, and he provides a space for the father to redeem himself. And though he favors painterly scenes in the bucolic atmosphere of the countryside over cinematic flash, he beautifully transforms the boy’s nighttime trip to the chicken coop into a fantastic journey through the underworld and uses optical effects to create an imaginary doppelganger with whom he debates his sorry state. 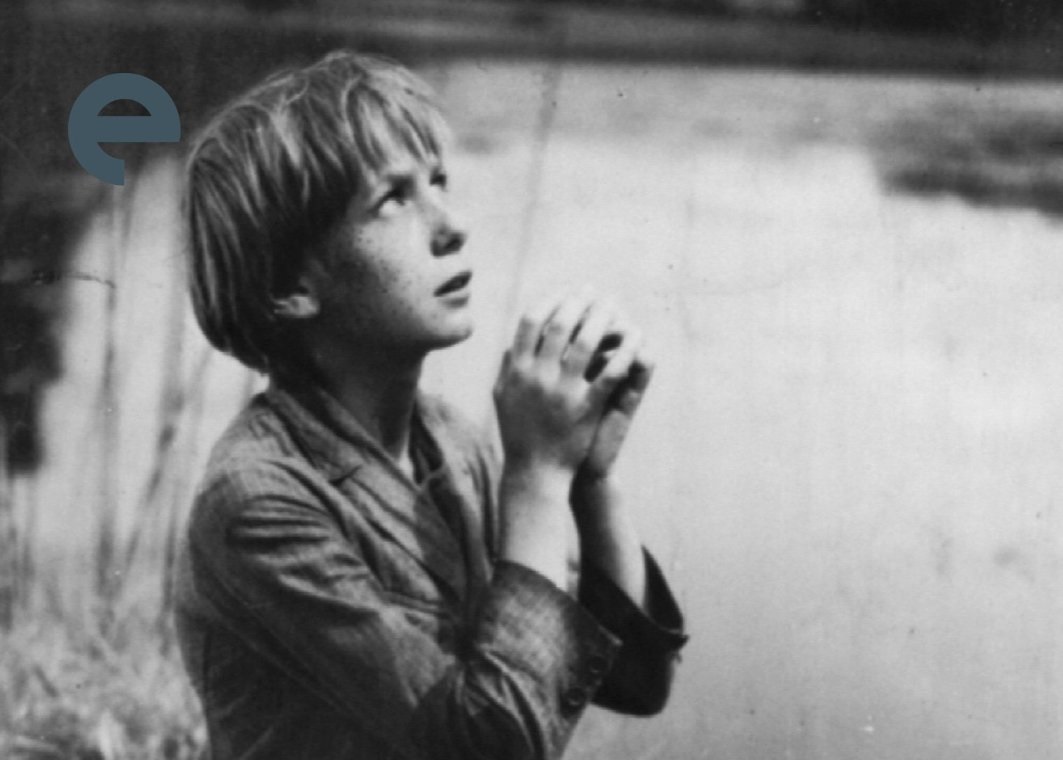 La Tête d’un Homme (1933) stars Baur as Georges Simenon’s Inspector Maigret in a murder mystery that plays in part like an early police procedural, with Maigret’s crack team interviewing witnesses and tracking down clues as Maigret zeroes in on his suspect. Is it the hapless petty thief who is found with the victim’s blood on his clothes, the nephew who turns out to be her sole beneficiary, or the suspicious, tubercular Czech medical student Radek (Valéry Inkijinoff), an arrogant mastermind who calls to mind Raskolnikov from Dostoyevsky’s “Crime and Punishment”?

Duvivier uses the project to become an exercise in style, technique, and tension. His camera prowls crime scenes and creeps up on suspects and he uses rear projection to turn an interview montage into an ingenious single take where the policeman remaining stationary in the foreground and the location dissolves into the next scene, the performer acting against a pre-filmed segment. The police station is a buzz of activity and Duvivier sketches out the camaraderie of the squad in quick, simple strokes. But by the end it becomes a battle of wits between Maigret and Radek, an angry psychotic who relishes the mind games with the cops, and Inkijinoff burns simmers in his scenes.

Un Carnet de Bal (1937), the story of Christine (Marie Bell), a recently widowed heiress who tracks down the young men who courted her 20 years ago at her first society ball, is one of the director’s most beloved films, a melancholy meditation on memory and loss and disappointment. The title translates to “Dance Card,” the object that launches her from her lavish but remote country manor on an odyssey around France, and she gets glimpses of what her life might have been had she married another.

Bell is reminiscent of Norma Shearer in Hollywood in the thirties, the elegant, confident worldly woman meeting the world without apology, though she hasn’t quite the command or the presence of Shearer, and a cast of French greats play her former beaus as grown men, including Harry Baur (the aspiring composer who became a monk and is now an avuncular choirmaster), Fernandel (a happy hairdresser with a love of card tricks and brood of kids), Louis Jouvet (a disgraced lawyer turned underworld criminal mastermind), and Raimu (a jovial small town mayor who, after years as a widower, is about to remarry). As you might guess, it’s an episodic picture built around a series of encounters that gives each man a moment to shine as their character takes stock of their lives with the appearance of Christine.

It’s an elegant romantic drama where the deft stylistic touches—the rear-projection trick of La Tête d’un Homme enhanced by a slight slow-motion effect that turns a flashback into a dreamy reverie, theatrical shadows that suggest the ghosts of memory with a melancholy edge—are so gracefully incorporated that they (unlike some of his devices) arise organically from his storytelling. Duvivier’s technical prowess meshes with his worldly romanticism in a cynical world more evocatively than any other film of his apart from Pepe le Moko as he elevates moments of tender reconnection and touching scenes of regret and redemption with an express effect or a simple camera movement.

These are not restored films and they show signs of wear and damage, but they have been well mastered from archival sources and look and sound fine. Sadly, Un Carnet de Bal shows greater damage than the other films: scratches, speckling, chemical fading, with missing and torn frames. But the image is steady and fairly sharp behind the damage.

All films in black and white and in French with English subtitles. No supplements apart from (very informative) essays on each film by Michael Koresky.