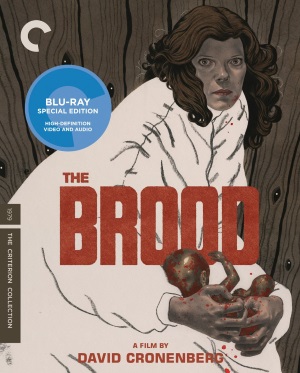 Art Hindle’s Frank Carveth, the estranged husband of Nola and father of their daughter Candace (Cindy Hinds), is ostensibly the film’s hero. He’s trying to save Candy from the abuse he believes she suffered at Nola’s hands during her last visit to mommy at the private institute, gathering evidence against Raglan from the former patients left damaged and diseased by his experimental therapy, victims whose bodies are now in a kind of rebellion. Hindle is something of an emotional blank and it seems that Cindy Hinds, the little girl who plays Candace, is as well. At least at first. It becomes a lot more like shock as the film develops, the portrait of an abused child blocking out the incidents of violence, shutting down in the face of horrific images, refusing to talk about it like she’s afraid to lose her parents if she admits it. She hides the violence perpetrated on her and suppresses the terror of her mother’s mutant brood. As Cronenberg so clearly shows us, those emotions and traumas don’t go away. They erupt in terrible ways. 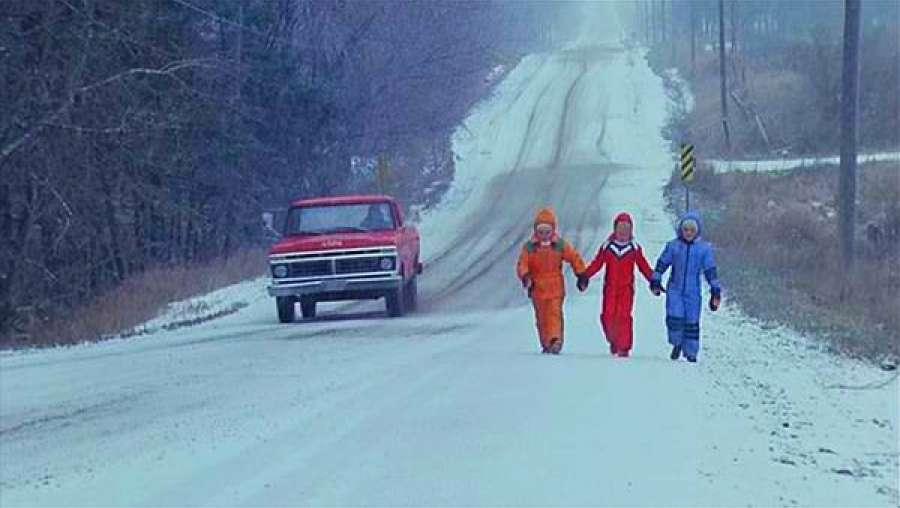 Criterion’s superb edition features the original half-hour documentary “Birth Pains” about the development and production of The Brood and Cronenberg’s early films featuring (among others) actress Samantha Eggar and cinematographer Mark Irwin, plus recent interviews with Cronenberg (from 2011) and actors Art Hindle and Cindy Hinds (from 2013), both conducted by Fangoria magazine editor Chris Alexander, an almost surreal clip from The Merv Griffin Show from 1980 featuring Oliver Reed, Orson Welles, and Charo (they never actually discuss the movie but the banter is interesting), and a fold-out leaflet with a new essay by Carrie Rickey.

The most exciting supplement, however, is a new 4K restoration of Cronenberg’s second feature Crimes of the Future (1970), which looks forward to themes in The Brood. The mutations and diseases discovered by our detached narrator, radical dermatologist Adrian Tripod, are quintessential Cronenberg inventions, from “creative cancer” (which develops new organs in one patient’s body) to “Metaphysical Import Export.” Cronenberg creates an eerie futuristic ghost-town with his weirdly empty public spaces and the alienated halls of the “House of Skin.” It was shot without synch sound, and the antiseptic soundtrack, dominated by a dry narrator, only makes the film more unsettling. 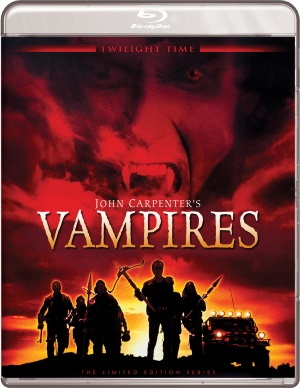 The film kicks off with an attack on a vampire nest, a SWAT team-like operation turned gory spectacle punctuated by the fiery explosions of bloodsuckers yanked into the light of day (the only other sure way to kill a vampire is a stake through the heart, which is not as easy as it sounds in the midst of hand-to-fang combat). But as Crow’s Vatican sponsored team celebrates victory with hookers and booze, retribution visits in the form of Valek (Thomas Ian Griffith and his imposing 6’5” frame), a powerful vampire master who takes prostitute Katrina (Sheryl Lee) as his next lady of the night in one of the most outrageously sexually suggestive scenes to get by in an R film and slices and dices the rest of the partygoers with his Ginsu fingernails. Crow and his sole surviving team member Montoya (Daniel Baldwin) grab Katrina, whose fresh blood ties have established a psychic link to Valek, and get the hell out of Dodge to regroup. Team Crow inherits a rookie priest (Tim Guinee) who provides clues to Valek’s master plan and the motley crew plans their attack, and after a shaky start proves a quick study, not so much by natural talent as by sheer commitment to the work no matter the danger to him.

This is Carpenter in prime form. Easily his most violent film, it features iconoclast heroes with a streak of misogyny and unrepentant machismo, which provides a perverse comic book irony. These guys are emissaries of the Vatican, with Woods playing Jack Crow with the glee of a choir boy gone bad. He’s great in the role, sardonic and snappy, raised by the Catholic church into a man who knows that there’s a God and battles the supernatural on a daily basis but hasn’t any sentimentality for priests, who he sometimes treats as bureaucrats with misplaced priorities. He’s not above beating the shit out of a priest to get information and their treatment of Katrina during her transformation is almost inhuman, though Montoya softens enough to show a little tenderness and concern for the woman he tied naked on a bed (you can’t be too careful with a vampire in the throes of rebirth).

The vampires themselves are a terrific creation, a mix of Catholic lore and primordial roots born of a black prayer and wedded to the night, but sustained by blood and earth. There are no coffins for these creatures reduced to animal instincts. They gather in nests hidden in abandoned houses and, in one of the film’s most memorable images, they climb directly out of the desert soil.

From the opening shots of the New Mexico desert, which Carpenter captures with his trademark Panavision frame at sunrise, the plains covered in long shadows and blood-red hues, his sleek, stark images and stripped down, no-holds-barred action deliver pure pulp glory.

The Blu-ray debut features the commentary track recorded by Carpenter for the original DVD release and the vintage promotional featurette “The Making of John Carpenter’s Vampires,” plus the trademark isolated score audio track and booklet with an essay by Julie Kirgo.

This Twilight Time release is limited to 5,000 units, which is almost twice the number of the usual 3,000 unit run. 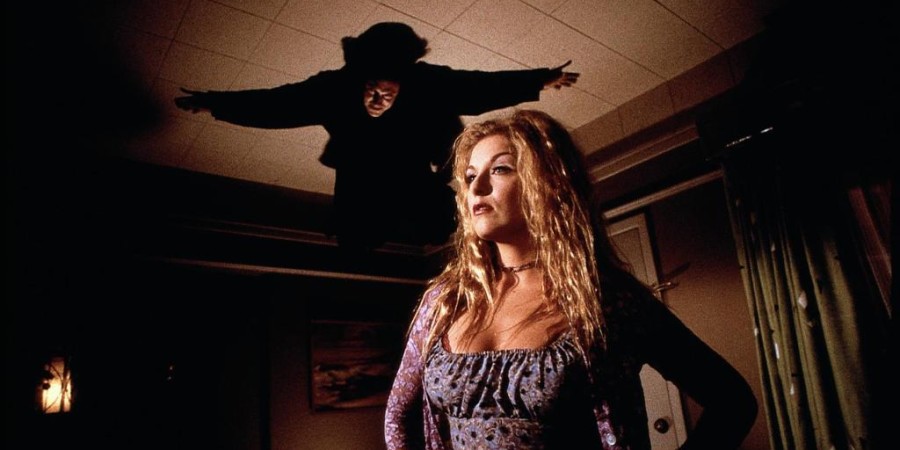