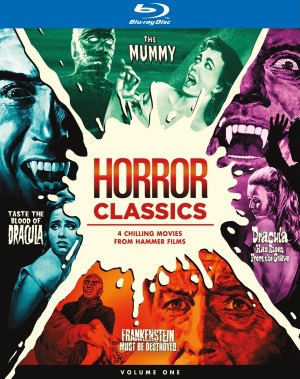 Terence Fisher also directs Frankenstein Must Be Destroyed (1970), the fifth entry in Hammer’s “Frankenstein” series, and Cushing delivers his most cold-blooded portrayal of the mad Baron yet. Abandoning his latest experiment after a drunk stumbles into his secret lab (upsetting a severed head) he hurriedly finds new lodgings with a sweet young thing (Hammer glamour babe Veronica Carlson) whose boyfriend (Simon Ward, in his film debut) works in the local sanitarium. Frankenstein blackmails the lovers into complicity with his latest experiment, resorts to kidnapping and murder for his subjects, turns accomplice Ward into a killer, and even rapes his Carlson in a coldly brutal scene. It continues Hammer’s evolution of Cushing’s Baron into a truly mad scientist, as in utterly insane and cruelly amoral, destroying the lives of all around him in his search for scientific knowledge out of sheer hubris.

The goriest film of the series kicks off with a flamboyant beheading with a scythe (seen only as a spray of blood across a window) and is full of bloody brain surgery, conveniently offscreen but vividly suggested in the slurping sound effects of surgical saws and drills and the gallons of blood left in their wake. Freddie Jones is heartbreaking as Frankenstein’s latest creature, a once insane scientist who awakens to find himself cured but trapped in a grotesque alien body. When he attempts to communicate with his wife, half hiding in a dark corner while she peers around and sees only a monster, Fisher offers the most affecting moment of pathos on the entire series. It helps make this one of the best films in the series and one of the unsung Hammer classics. 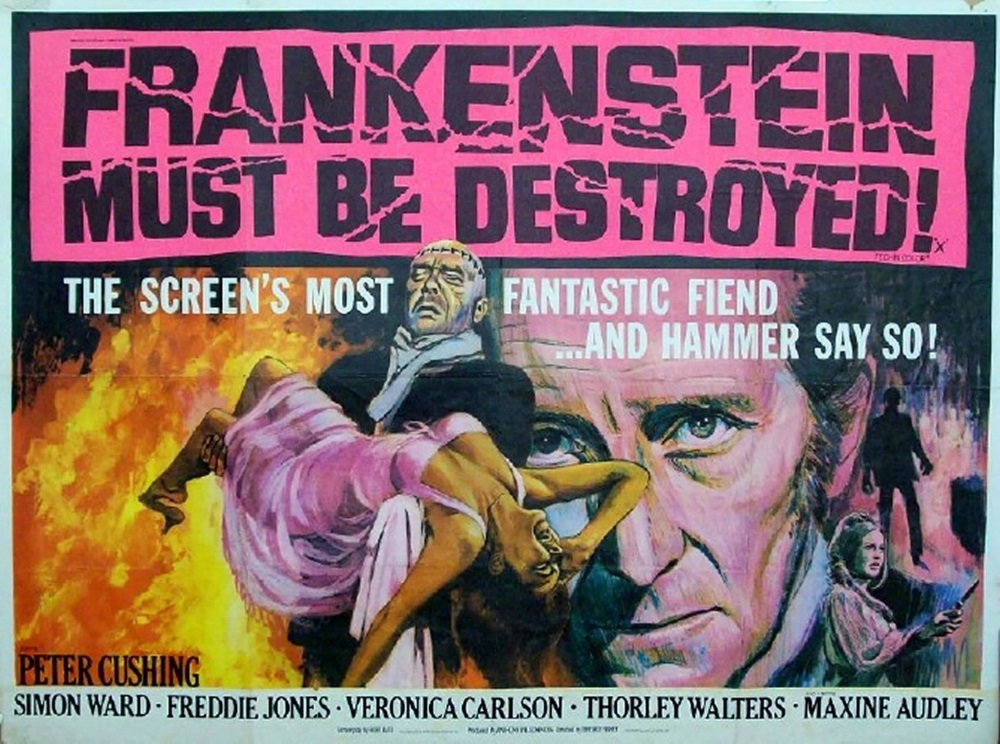 Christopher Lee stars as the malevolent Count in both Dracula Has Risen from the Grave (1968) and Taste the Blood of Dracula (1970). The former, directed by Freddie Francis, picks up where Dracula: Prince Of Darkness left off, revived from an icy grave by the blood of a priest and pursued by a Monsignor (Rupert Davies). The latter, directed by Peter Sasdy, moves the location to Victorian London where the Count is resurrected by a depraved English Lord (Ralph Bates) and proceeds to revenge himself on the men who killed his servant by seducing their daughters and sending them to murder their own fathers.

All four films, previously available on DVD, have been newly remastered for Blu-ray. The colors are vivid, not to say appropriately lurid, and the images strong and sharp. They are distinctive upgrades from the previous DVD releases, which are well over a decade old. There are no supplements.