We’re taking a vacation from the links this week. You can peruse the Parallax Top Ten lists here.

Luise Rainer, the first performer to win consecutive Oscars for acting (for The Great Ziegfeld, 1936, and The Good Earth, 1937), passed away this week at the age of 104. The German-born actress was a member of Max Reinhardt’s company when she was scouted by Hollywood and signed to MGM. Her career lasted just a few years. After Irving Thalberg died, she became dissatisfied with the direction of MGM and the caliber of roles she was offered and, in defiance of Louis B. Mayer, she turned her back on her contract and her Hollywood career. She moved to New York to act on the stage, divorced playwright Clifford Odetts, became involved in the war effort, and married publisher Robert Knittel, living largely in Switzerland and England for the rest of her life (Knittel died in 1989). She made sporadic appearances on TV and on stage but after the 1943 war drama The Hostages she only made one more film, playing a Russian matriarch in the 1997 adaptation of Dostoevsky’s The Gambler. In 2010 she appeared at the first TCM Classic Film Festival to introduce a screening of The Good Earth and discuss her films and her life. Ronald Bergan at The Guardian.

Edward Herrmann is being remembered in most headlines as “Gilmore Girls star” but to another generation he’s the man who played President Franklin Roosevelt in two mini-series and a movie (the 1982 Annie) and voiced him for the Ken Burns mini-series The Roosevelts. He appeared in over 100 movies and TV shows in his long career, from his first credited screen roll The Paper Chase (1973) through The Great Gatsby (1975), The Betsy (1978), Mrs. Soffel (1984), The Purple Rose of Cairo (1985), The Lost Boys (1987), Shaft (2001), and The Factory Girl (2006), among others. He played William Randolph Hearst in The Cat’s Meow (2001), Raymond Massey in the TV movie James Dean (2001), and Joseph Breen in The Aviator (2004). He passed away at the age of 87. Bruce Weber at The New York Times.

Christine Cavanaugh, who voiced the title character in the beloved film Babe (1995) as well as characters in numerous animated TV shows (including The Critic, Rugrats, and the title role in Dexter’s Laboratory), died at the age of 51 this week. More from the Los Angeles Times. 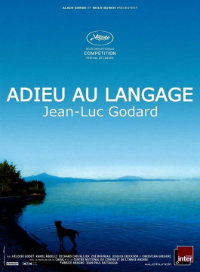 Jean-Luc Godard’s Goodbye to Language, his first 3D feature, will get a one-time-only screening in Seattle at The Cinerama on Monday, January 12 at 7:30 pm. It’s a special event in partnership with Seattle Art Museum and Northwest Film Forum. Tickets available here.

The Interview, which opened in a single Seattle theater on Christmas Day (and a few others just outside the city), expands to a second screen: SIFF Cinema now joins the Ark Lodge Cinemas in Columbia City as the sole Seattle venues to run this suddenly notorious comedy. It’s also available via VOD.

The Seattle Art Museum Winter film series is “Cinema Italian Style,” presenting nine features from 1942 to the present, all on 35mm film prints, on Thursday nights through March 19. The series begins on Thursday, January 8 with Ossessione (1942), Luchino Visconti’s directorial debut and an unauthorized adaptation of James Cain’s The Postman Always Rings Twice. Highlights include two more Visconti classics, his sweeping historical epic The Leopard (1963) and Death in Venice (1971), and Elio Petri’s satirical Investigation of a Citizen Above Suspicion (1970). Series are available at SAM in person and online, and individual admissions are usually available night of show on a first come, first served basis. Visit the SAM website for more details.