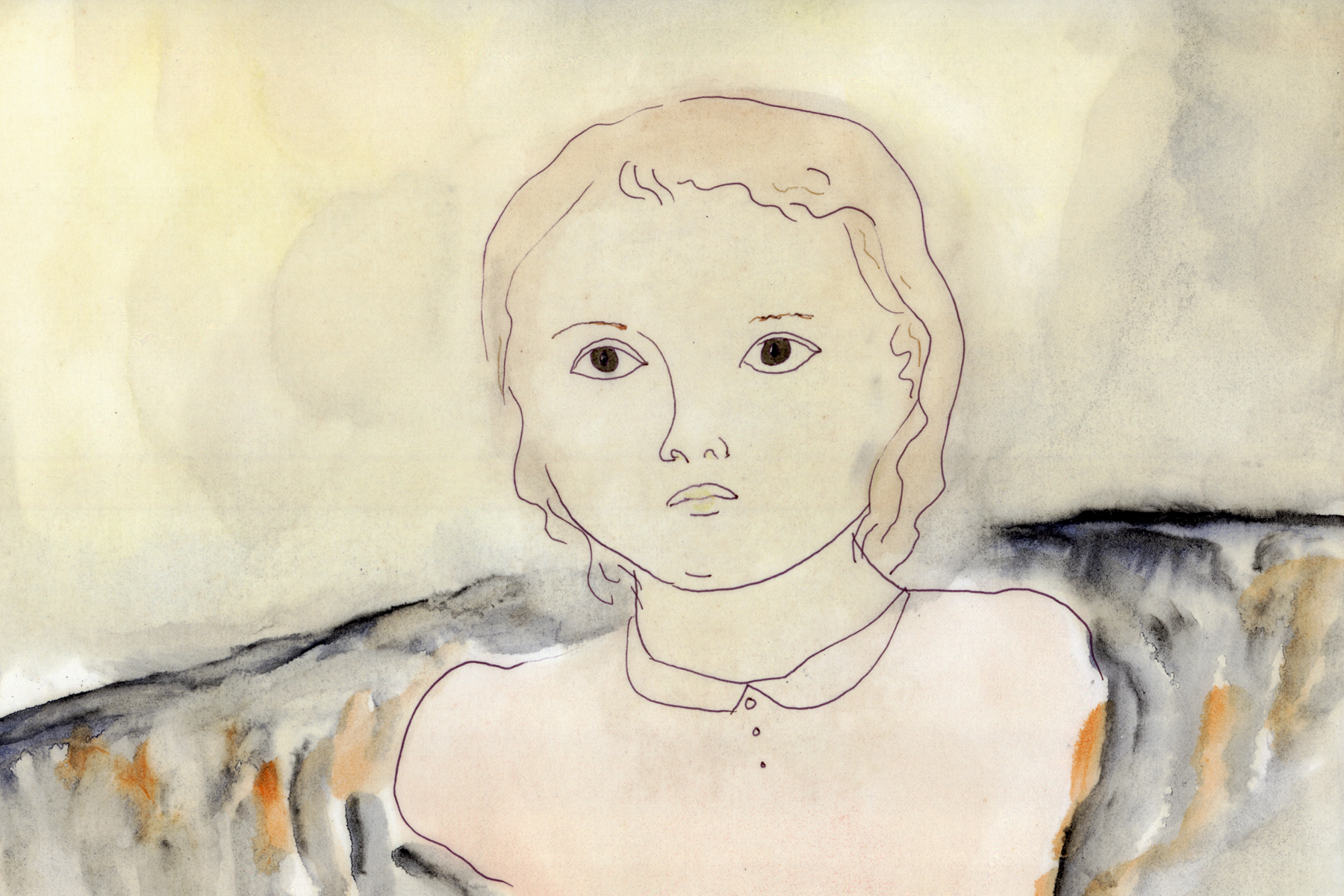 “At this point, John had been burned three times by commercial animation: during the Disney strike, at UPA, and by Finian’s Rainbow. Faith had never had anything but distrust of commercial projects to begin with. So as a condition of their marriage, they made a pact: They would make one serious film a year, for themselves, and do whatever they had to do to support it.” In a sterling example of lateral thinking, The Dissolve ends its Movie-of-the-Week coverage of Hedwig and the Angry Inch with Matthew Dessem’s thorough history of the Hubley family’s trail-blazing career in animation. (Since, if you’d forgotten, Hedwig’s explanation of Aristophanes’s take on the origins of the sexes is illustrated by second-generation Hubley genius Emily.)

Cristina Álvarez López and Adrian Martin’s latest, typically engrossing video/text essay pairing explores some paths through Lang’s Secret Beyond the Door…, “a broken puzzle at every level, virtually begging us to rearrange its pieces and find its key.”

“One of the most talked-about shots in all of Davies’s films is a galvanizing image about two-thirds of the way into The Long Day Closes. In Davies’s published script, it is inconspicuous: the simple sentence “Hold on floor” in no way augurs the impact of the scene as it appears on-screen.” In an excerpt from his book on Davies, Michael Koresky gives a fine reading of the metacinematic and queer subtexts behind the carpet shot that will forever be the dividing line between the director’s detractors and admirers.

“That’s not the way to win.” “Is there a way to win?” “There’s a way to lose more slowly.” R. Emmet Sweeney rewatches the most fatalistic of noirs, Out of the Past.

“Among the ranks of the great ‘essay’ filmmakers, your films may not be as formally audacious as Godard’s, or as seductively subjective as Chris Marker’s. But you mean the most to me because you are not just an ‘essay’ filmmaker, but a ‘sober’ filmmaker. You helped me sober up from the dead-end love known as cinephilia and discover a new way to love movies and images, one that can reach beyond them towards something more essential: the world itself.” Kevin B. Lee offers a moving open letter to the late Harun Farocki.

Also at Sight & Sound, documentarian Robert Greene recounts the recent lecture series he organized to show students that “documentary lies on a continuum of fiction and nonfiction. […] The point isn’t that “there is no truth”, but that filmmaking is inherently fictionalizing”; a series in which Greene’s own preconceptions took a hit or two from Frederick Wiseman (via a stuttering Skype interview) and Krzysztof Kieslowski (via a contemporaneous essay by Noel Murray).

A key component of Herzog’s ecstatic visuals has always been the no-less ecstatic music that accompanied. For many of his greatest films, of course, that element came courtesy of Florian Fricke and his group Popol Vuh, an essential collaboration in which, David Stubbs argues, the music of “spiritual ascent” provides the perfect counterpoint to films “about earthy descent.” Via Movie City News.

“‘I remember being at the American Film Market in Los Angeles in the 1990s, and people were standing in line just to read the synopsis of his future film. They were ready to pay the money just to be co-producers. That still works here,’ says Eugene Zykov, a veteran Russian film producer and historian. ‘They come, and people with money say, ‘Steven Seagal, can we do something with you?’ Many people who have money know that Steven Seagal still makes good money on distribution worldwide.’” His domestic draw might have plummeted, but Steven Seagal still has a sizable audience in Russia. Which has led, as Lukas I. Alpert reports, to a string of business and political connections—from Putin on down—that don’t exactly fall on the savory side of the ledger. Via Longform.

In an essay originally published in the collection 75,000 Films, David Bordwell looks back over nearly half-a-century of cinephilia, celebrates the archives that made such study possible, and has expectedly mixed feelings for the digital revolution that has democratized things in their wake.

“The money thing is important. It runs through the film. It’s not a metaphor. Ventura talks about it all the time, his pension, his salary, his wages. He’s very dependent on money. Because you think a lot about money when you don’t have it. So the film is also very afraid of running out of money, all of the time.” Pedro Costa talks his new feature, Horse Money, with Neil Bahadur, and reveals that part of the delay since Ne change rien was the death of his planned co-writer and composer Gil Scott-Heron.

“I’m one for solidarity…. A society where one shares, and feels responsibility towards others. Unfortunately, we’ve had a period where to look after one another is seen as old-fashioned. This is the path Sweden has taken politically. But it’s evident that it hasn’t worked out.” Roy Andersson explains the humanist impulses behind his outsized cinema to Jonna Dagliden.

“I approached [comic and dramatic acting] the exact same way. It was almost like I was playing Custer sometimes. I would get the two movies confused. Like, ‘We’ve got to get back in the museum.’ And they’re like, ‘No, no. This is your suicide scene.’” Interviewed by Danny McBride, Bill Hader relates his long road from Tulsa to current success with a stop along the way as an assistant editor—and shares with his interlocutor belief in the old maxim that dramatic chops, like dying, is easy; it’s comedy that’s hard.

“Don’t focus too much on this idea that your influences will be similar to people whose films you admire. In fact, it’s really the opposite: You like people who are doing something completely different, and it’s very relaxing to you because they’re dealing with all kinds of problems you don’t have to deal with.” A quote to keep in mind as Whit Stillman talks to Noel Murray about his love for Hitchcock’s Young and Innocent, and deflects any praise his way on the beauty of The Cosmopolitans to the technical crew.

Yes, Twitter’s mostly about wasting time; but that and moments of interest aren’t mutually exclusive. For the past few days the hashtag #cinephilephoto has been used to post a favorite frame from a favorite film; and some filmmakers, including Rian Johnson (an elegant composition easily overlooked), Edgar Wright (familiar but perfect), and Gareth Evans (yeah, that seems about right), have joined in. Ross Miller has some of his favorites. Again via Movie City News.

Silent London presents a stunning gallery of stills from Damn the War!, a recently restored 1914 Belgian film that offers a shining example of stencil coloring, a process that involved cutting out, frame by frame, the area to be tinted on new film reels, one for each color.

Director Andrew V. McLaglen, the son of actor Victor McLaglen who grew up among the John Ford stock company and directed Wayne in five films, passed away this week at the age of 92. After apprenticing as an assistant to Budd Boetticher and working on a number of films John Wayne’s production company, he became a western specialist in both movies and TV. He directed almost a hundred episodes of Have Gun, Will Travel and over a hundred of Gunsmoke, directed Wayne in five features and James Stewart in four, and ended his career making brawny action movies (The Wild Geese, 1978, The Sea Wolves, 1980) and TV movies (The Shadow Riders, 1982) and mini-series (The Blue and the Gray, 1982, On Wings of Eagles, 1986). After retiring in the early 1990s, he moved to Washington State and spent his final decades in the San Juans, where he periodically stretched his directing muscles with the local community theater company. The first notice came from his home town paper, the San Juan Journal. More from Bruce Weber at The New York Times.

Joan Rivers, a longtime comedienne and regular guest host for The Tonight Show who remade herself as a caustic fashion critic and celebrity commentator, died this week at the age of 81 after complication following throat surgery. Though best known for her stage and TV work, she also appeared in a few movies (often as herself) and provided the voice for the robot Dot Matrix in Mel Brooks’ Spaceballs (1987) and she directed one film, Rabbit Test (1978), with Billy Crystal as the world’s first pregnant man. Richard Corliss remembers her legacy at Time.

German actor Gottfried John was a familiar member of Rainer Werner Fassbinder’s company in his late career, taking major roles in In a Year with 13 Moons (1978, The Marriage of Maria Braun (1979), Lili Marleen (1981), and the mini-series Berlin Alexanderplatz (1980), where he played the villainous Reinhold Hoffmann, but he’s best known to American audiences as the villain of the James Bond revival GoldenEye (1995). There have been a few English language remembrances but in Germany the outpouring has been overwhelming. He passed away this week at the age of 72. More from Scott Roxborough at The Hollywood Reporter.

Hong Kong actor and director Patrick Lung Kong, who began acting on stage in 1945 at the age of ten and directed his first film in 1966, died this week at the age of 79. Though his work is not well known to American audiences, he was a popular and influential filmmaker in Hong Kong, with films like Story of a Discharged Prisoner (1967), which was remade as A Better Tomorrow (1986) by John Woo and Tsui Hark, and Yesterday, Today, Tomorrow (1970). His work was recently screened at a New York retrospective by Museum of the Moving Image. The news comes from Kevin Ma at Film Business Asia, via David Hudson at Keyframe Daily.