At Mubi, a fine pair of appreciations, on a great master’s last film and a current master’s first. Sarah Salovaara shows how Buñuel’s bifurcation of the female lead in That Obscure Object of Desire makes its own kind of sense. (“The film presents a world in which a woman is capable of pathologically taunting a man who tries to buy her affection, if only because they cannot clearly communicate their honest desires to one another. Just how far removed from reality is this?”) And Cuyler Ballenger finds Carax’s Boy Meets Girl, with characters and images both engaged in soft, romantic self-absorption, the quintessential young man’s movie. (“What we are left with is transcendent self-involvement through time, space and person: otherwise known as being in your twenties.”)

“The smartest ones, they went underground. Into the new wilderness: your cities. Into the great slum areas, the graveyard of your fucking species.” Sean Nortz praises Wolfen as both “a transitional moment in the history of New York cinema” and “eerily prescient,” straddling the apocalyptic portraits of the city in ‘70s films (particularly its burnt-out Bronx locations) and the gleaming, yuppified ‘80s.

“It is part of the film’s design to refuse the straitjacket of roles, to insist that what we mean to one another is fluid, provisional, subject to reinvention. The woman in the opening scene, whom we first assume to be an ex or lover of Robert’s, is eventually introduced as “my secretary, my friend, my accountant.” Sarah, who at one point says she has no relatives, refers later to Robert as “my closest and my dearest friend.” In the film’s strangely enchanted, gently electrified atmosphere, almost any role is up for grabs.” Dennis Lim agrees Love Streams is Cassavetes’s final masterpiece; the last, giddy demonstration that “realist” was ever the wrong label for a filmmaker so mercurial and fabulist.

“But transcendent, it ain’t. Andersson is a master at crafting small, concentrated vignettes of disappointment, hopelessness, frustration and banality in everyday life. People, such as a teacher crying in front of her young students, experience sudden, embarrassing surges of emotion in public situations. Long-time couples talk snippily, at cross purposes; old folks zone out in nursing homes. The ticket queue that one chooses at the train station is always the wrong one, instantly full of people ahead of you. Even the animals don’t escape from this general, existential pit: a poor dog is dragged on a leash along the street, on his back, whimpering, in an early tableau.” After dividing filmmakers into those practicing an “open-air,” improvisatory “cinema of discovery” and its counterpart, the cinema of control, Adrian Martin finds Andersson’s You, the Living an absolute triumph of the latter camp.

“[As] rats and shitheels, which he played frequently, Morris had some conviction and suited the part. As leading man, he looked like he would lead you somewhere you didn’t particularly want to go. A moustache would’ve presented the real possibility of Morris being upstaged by his own upper lip.” David Cairns offers a few words on behalf of Chester Morris—in part because, to be fair, a few is all Morris deserves.

It didn’t take long (1917, in fact) before movie studios realized all those films in their vault weren’t just a library, but a product, ready to be reissued with their costs fully depreciated. The golden era of film reissues, and their drying up in recent years, is the topic of Eric Hoyt’s new book Hollywood Vault: Film Libraries before Home Video, in promotion of which he’s created a series of short but informative videos buttressed by period-era artifacts of the business of bringing back movies for a second (third, fourth…) look. Via John Wyver.

Another year, another rundown of up-and-coming women directors—including Lisa Cholodenko, who’s been a staple of such lists for a decade or more now. But Lauren Tabach-Bank has selected an interesting half-dozen names, from Sarah Polley to Ava DuVernay to Kung Fu Panda 2’s Jennifer Yuh Nelson. And in the accompanying comments on their formative films, it’s nice to see Albert Pyun rubbing shoulders with such expected citations as Campion and Kubrick.

The Locarno Film Festival is taking a more active step in getting African films made than just screening them, via a program called the Open Doors Lab that allows sub-Saharan filmmakers the chance to network with European colleagues and receive everything from script doctoring to funding tips; Jo Fahy has the story. Via Vadim Rizov.

“At Columbia, you could make 10 films a year. What a great training ground for people! You really learn how to shoot film. You really learn how to strategize your shooting schedule. You learned a lot of really important skills. I don’t know how people pick them up now or even if they do.” Talking with Bruce Bennett about the MoMa retrospective he co-curated, Lady in the Dark: Crime Films from Columbia Pictures, 1932–57, Dave Kehr explores some of the highlights achieved under Harry Cohn’s reign, from Ophüls’s The Reckless Moment to “one of the strangest B movie series of all time,” the anthological Whistler films.

“You can design a performance in terms of the size of it, go outside the box, be operatic, but if there is emotional content in it—if you still have the feeling—you can commit to whatever you want. I’m not the first one to do it. In the ’30s it happened quite a bit. Look at Cagney, was he real? No. Was he truthful? Yes.” Nicolas Cage, interviewed at The Talks, shows however much he’s become synonymous with out-of-control, he still thinks out carefully what he’s doing; sometimes to a fault, as his story of attempting a Jean Marais voice during Moonstruck demonstrates.

“[Four films together] seems so little for me to have had such an attachment to him…. I felt like I knew Bob as well as anyone. I guess just because he was so human.” Lily Tomlin relates to Julie Miller the excitement and some of the amusing stories that just naturally accrued when working with Robert Altman. Via Criterion.

Time offers a galley of Robin Williams photographs, and commentary from the photographers who took them. A collection ranging from comic outbursts to studious preparation, and stretching over 30 years, though it’s made clear any one session could have produced the same variety.

Video: The untold—or rather, half-remembered in the retelling—stories behind Citizen Kane, Disney pushing Ub Iwerks to the curb, and the Reagans trading in the movie business for another dream factory, courtesy of the purposely inebriated comedians responsible for Drunk History. 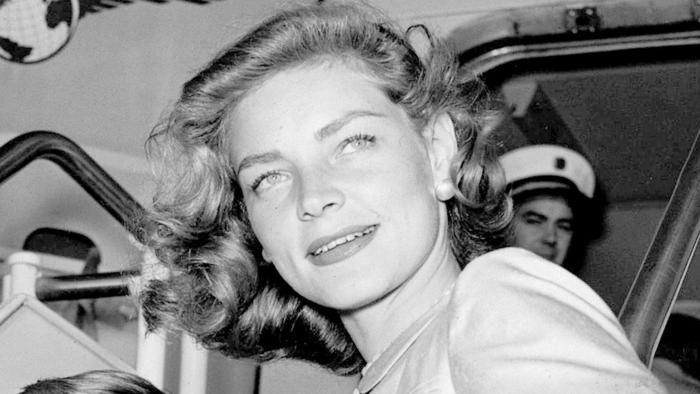 Lauren Bacall was a true Hollywood Dame: tough, elegant, smart, resilient, talented. She passed away this week at the age of 89, working to the end like a Hollywood trouper from the Golden Age of Hollywood, when being a movie star was as much a vocation as it was a kind of show-biz aristocracy. More from Dennis McLellan at Los Angeles Times.

Robin Williams, dead this week of apparent suicide, too soon at 63. Two generations grew up with Williams, one watching him as the insane stand-up comic and the wildly unpredictable star of the sitcom Mork and Mindy, another watching him in the movies bounce between the serious (Dead Poets Society, Good Will Hunting, One Hour Photo) and the surreal (The Adventures of Baron Munchausen, Aladdin). Matt Zoller Seitz at RogerEbert.com, plus a tribute (one of countless that have appeared in the last week) from Russell Brand.

Menahem Golan, the prolific Israeli-born filmmaker and producer who created Cannon Films with partner Yoran Globus, passed away last week in Israel at the age of 85. Cannon was notorious for its schizophrenic line-up of trashy action films and cheap sequels interspersed with films directed by the likes of John Cassavetes (Love Streams), Jean-Luc Godard (King Lear), Barbet Schroeder (Barfly), and Andrei Konchalovsky (Runaway Train, Shy People). He was also a director in his own right, making films in Israel and in the U.S., from the gangster film Lepke (1975) with Tony Curtis and the Oscar-nominated, Hebrew-language thriller Operation Thunderbolt (1977) to the notoriously campy musical The Apple (1980) and the Stallone flop Over The Top (1987). Golan and Globus were the subject of two recent documentaries: The Go-Go Boys: The Inside Story of Cannon Films, made with the participation of the partners, and the less reverent Electric Boogaloo: The Wild, Untold Story of Cannon Films. More from Anita Gates at New York Times.