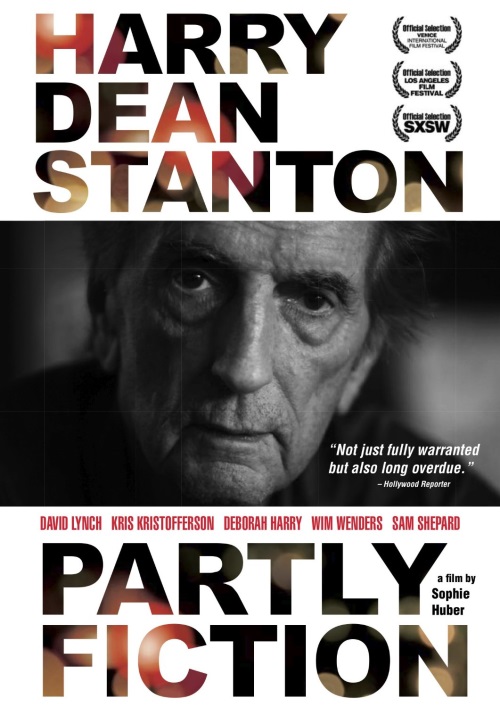 “Do I have any lines? I don’t want any lines. How about I do nothing? How about silence?”

Harry Dean Stanton, the veteran character actor with (by his own count) over 250 film appearances to his credit, would rather not talk about himself. Or about his family, his life, his career, or the craft of acting. Which makes him a curious subject for a documentary. Director Sophie Huber follows him around Los Angeles, films him hanging out at his favorite L.A. bar, Dan Tana’s, where he’s known the bartender for more than 40 years, and shoots him in his home singing folk songs and standards between sessions trying to get the actor to open up.

“How would you describe yourself?” asks friend and frequent director David Lynch. “There is no self,” he answers, his craggy, lined face maintaining a nearly unreadable stoniness. “How would you like to be remembered?” “Doesn’t matter.” He’s not simply an actor with nothing to prove. He’s a private man who prefers to keep his thoughts and feelings to himself and a few chosen friends. Stanton opens up a little over coffee and cigarettes with Lynch, who makes a game of lobbing questions from a card provided by Huber and then spins off in remembrances of their long history together, and he eases into reminiscing with Kris Kristofferson, who credits Stanton for his first film role in Cisco Pike and then launches into his iconic song “The Pilgrim”: “He’s a poet, he’s a picker. He’s a prophet, he’s a pusher. He’s a pilgrim and a preacher, and a problem when he’s stoned.” Stanton was one of the inspirations for those lyrics, according to Kristofferson, along with a few others, and the two start checking off all those early seventies characters who fit the bill.