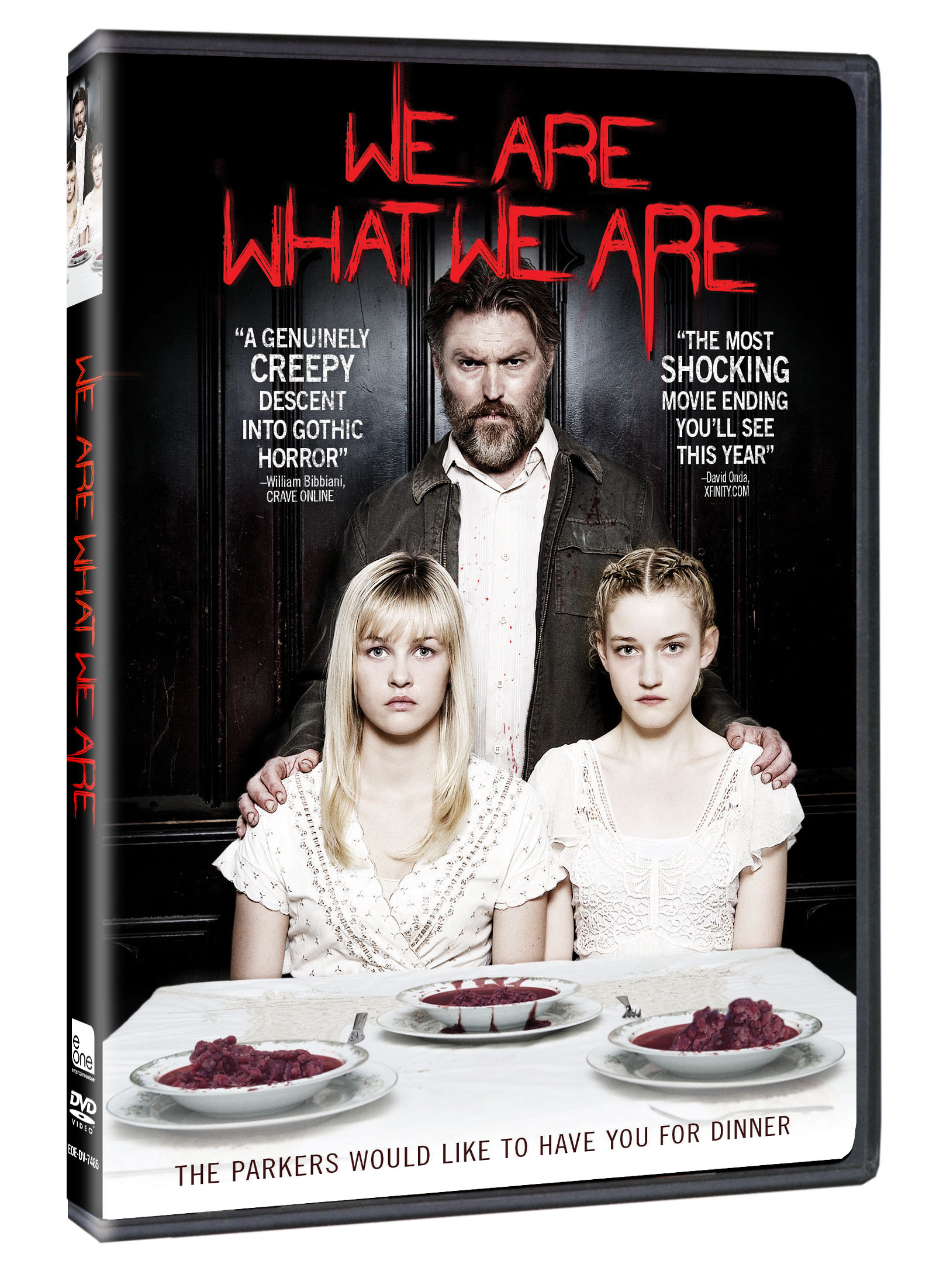 We Are What We Are (eOne, Blu-ray, DVD, Digital), Jim Mickle’s remake of the Spanish film of the same name, is a horror film by definition—an isolated family in rural America cloisters its teenage daughters in a religion/ritual that reaches back to their starving forefathers who turned to cannibalism to survive a harsh frontier—but a family drama at heart.

Bill Sage is the ominously protective father who serves as a severe keeper of tradition with glowering tough-love strictness while the two girls just want to fit in with the world outside. We’re not talking hanging at the mall and getting cute new outfits, mind you, just participating in the social world of their school peers, but when mom suddenly dies (the tremors that presaged her collapse are rippling through dad as well) the pressure is on the eldest daughter (Ambyr Childers) to carry on the ritual, which involves blood, butchery, and someone kept captive in the workshop basement. Given that build-up, the film is intimate and poignant, a human story of growing up and yearning to be like everybody else in cloistered culture that demands strict obedience and violent defense.

The Blu-ray and DVD features cast and crew commentary, interviews with director Jim Mickle and actors Bill Sage and Julia Garner, and the featurette “An Acquired Taste: The Making of We Are What We Are.” 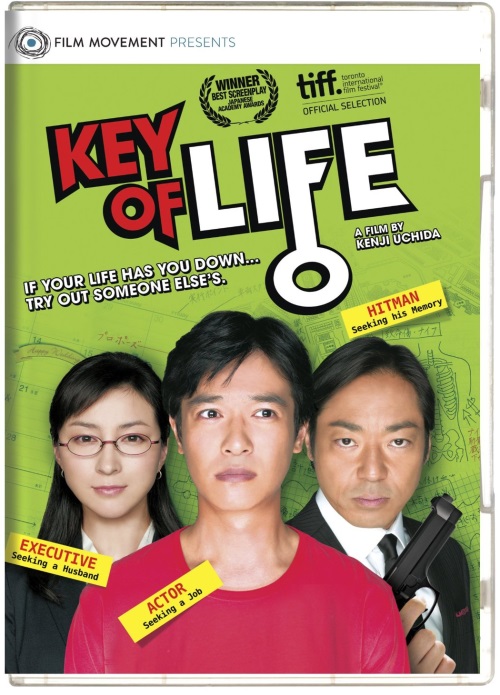 Key of Life (Film Movement, DVD) is a lighthearted black comedy from Japan about a struggling, suicidal actor and an amnesiac hitman who swap identities after the latter whacks his head in a bathhouse accident and the former steals his wallet for a fresh start. Rounding out the cast is a highly-organized female magazine editor who plans out an entire courtship and marriage before even meeting her prospective boyfriend. She finds her well-ordered plans thoroughly upset when she helps the amnesiac try to piece his life together from the detritus of his doppelganger. Director/writer Uchida Kenji approaches with a deadpan whimsy and an optimism trumps all the potential disaster. Personality triumphs over circumstance, even when circumstances take some unexpected (and thoroughly entertaining) turns, like an amateur suddenly obligated to knock off a gangster. The disc includes the bonus short film Finale from Hungary.

More new releases on Blu-ray, DVD, and digital at Cinephiled