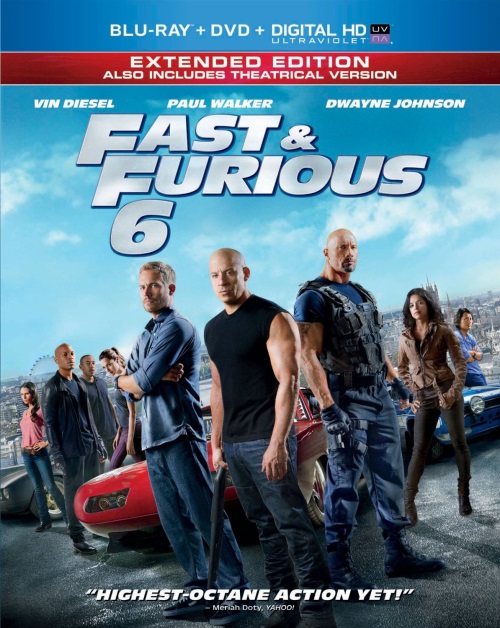 Fast & Furious 6 (Universal, Blu-ray, DVD, VOD, On Demand) was never meant to be an epitaph for Paul Walker, the lean, blue-eyed lead who, after a couple of misfire sequels, reunited with co-star Vin Diesel and revived the fuel-injected franchise into an international hit machine. But regardless of what happens with the seventh installment, which Walker was in the midst of shooting when he was killed in a car wreck during a break, this will stand as the final film in the series where Walker takes a full lead.

Walker shares those duties with Diesel, his brother-in-law and partner in speed-charged car heists, and Dwayne Johnson, returning as a federal agent who recruits the team to help him shut down an international ring of thieves. It’s all about family and the absurdly contrived plot brings one of their family back from the dead: Michelle Rodriguez has lost her memory but not her bad-ass driving skills as a member of the criminal crew. Not that the script makes much difference beyond providing comic relief between the action set pieces, and even that feels like it’s just padding. Rodriguez commits to her role with such investment in the idea of a person discovering her true identity that her character transcends the silly twist. The rest of the cast are little more than pilots driving their characters through the obstacle course of the plot. Which is pretty much all this busy franchise calls for.

Director Justin Lin, who rejuvenated the franchise with his supercharged approach of precision driving, runaway momentum, and physics bent to the crazed stunts of this gearhead fantasy, embraces the spectacle and lets the performers simply do their thing between the stunts. Jordana Brewster is pretty sidelined here but Tyrese Gibson, Sung Kang, Gal Gadot and Chris ‘Ludacris’ Bridges are all back, with Gina Carano joining the team as a federal agent and Luke Evans leading the rival crew.

Features commentary by Justin Lin, “The Making of Fast & Furious 6,” a set visit with Vin Diesel, and deleted scenes. Exclusive to the Blu-ray is an extended version of the film and five additional featurettes plus a DVD and UltraViolet Digital HD copies. 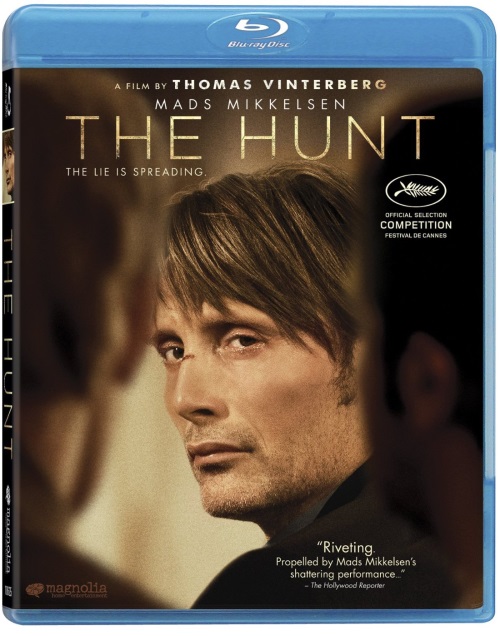 The Hunt (Magnolia, Blu-ray, DVD, Digital, On Demand) is Thomas Vinterberg’s best film since The Celebration and, no surprise, it mines similar themes and volatile emotions that are churned up the surface. Mads Mikkelsen stars as a dedicated teaching assistant at a pre-school who, through a misunderstanding, is put under investigation for child abuse, a smoldering suspicion that is fanned into a conflagration as the community passes judgment without waiting for the investigation to conclude. It’s a study in rumor and fear fueling self-righteous hysteria as one-time friends not only turn their back on him, they suddenly feel free to treat him like a convicted war criminal somehow free in a technicality. The emotions are raw and primal, not just the townsfolk fueled by a sense of betrayal but Mikkelsen’s abused innocent, fighting back with an equally valid fury of betrayal. But it’s more of a metaphor pushed to extremes than a realistic portrait, ignoring the gross negligence of supposedly serious and responsible officials and suggesting that the entire town turns a blind eye to the vigilante behavior of its citizens. It sure works on our emotions, though, while it reminds us of the power of fear to turn responsible people into very scary creatures.

Danish with English subtitles, with the featurette “The Making of The Hunt,” deleted scenes, and an alternate ending. 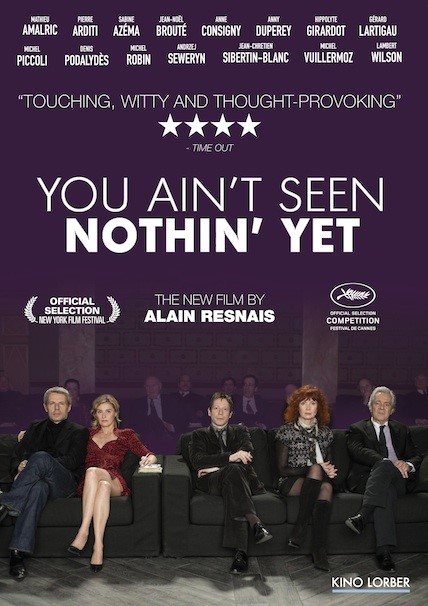 You Ain’t Seen Nothing Yet (Kino Lorber, DVD) is a reminder that sometime the old dogs have the most creative approaches to modern storytelling. Alain Resnais direct this melding of two plays by Jean Anouilh and he pays tribute to the joys of theater in a marvelously cinematic fashion. A magnificent line-up of French acting greats (among them Mathieu Amalric, Pierre Arditi, Sabine Azéma, Anne Consigny, Hippolyte Girardot, Michel Piccoli, Lambert Wilson and longtime Resnais muse Sabine Azéma) play versions of themselves, performers who watch a new production of a play they once starred in and end up reenacting their own versions in tandem, aging actor reincarnating the young lovers of the Orpheus and Eurydice story. What a magnificent celebration of the transformative magic of theater and performance. French with English subtitles, no supplements.