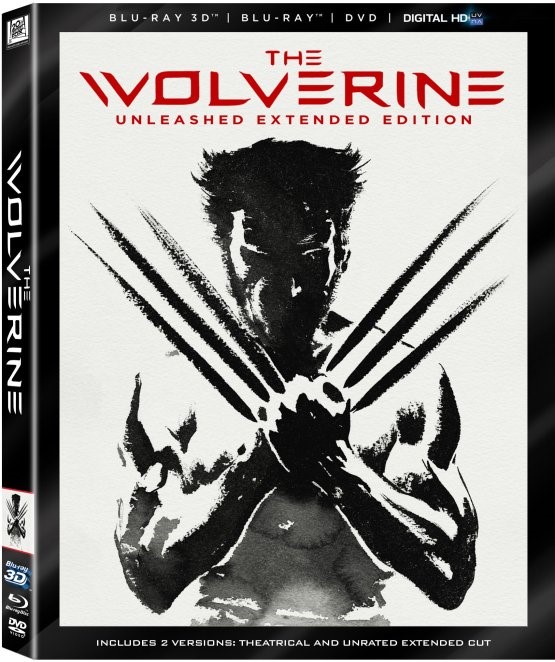 The Wolverine (Fox, Extended Edition Blu-ray3D Combo, Blu-ray, DVD, Digital) is both a sequel and a reboot of the solo spin-off from the X-Men movies. Hugh Jackman is back with the abs and the adamantium claws as Logan, the ferocious fan favorite of the team, and the screenwriters draw from the ninja storylines of earlier Wolverine comic books: the dark, brooding loner with the bushido code and the connection to Japanese culture. This one sends him to Japan where a dying man named Yushida (Haruhiko Yamanouchi), whose life Logan saved in World War II, promises to bestow a gift. Well, not quite, as it turns out, and Logan ends up battling the yakuza, corporate rivals of the dying man, a giant robot ninja, and a conspiracy to rob him of his healing powers. And there’s a big fight in the top of a speeding bullet train. Which is pretty much what you need to know for this entry in the comic book superhero franchise sweepstakes.

Fox still has the rights to Marvel’s X-Men characters and they desperately want a juggernaut as successful as Marvel’s Avengers line-up, and for this one they brought in James Mangold, who stages some impressive scenes but can’t overcome a busy script. Jackman is still a great Wolverine, a tormented killer who wants nothing more than a life of peace, and Rila Fukushima stands out as Yukio, a loyal soldier to Yushida who respects Logan and his warrior code. The rest tends to get mired in complications and a now-familiar third act cascade of betrayals and revelations.

The DVD featuring the theatrical version of the film. The standard Blu-ray also includes the nearly hour-long documentary “The Path of a Ronin” and an alternate ending, plus a set tour of X-Men: Days of Future Past and a Second Screen app. The “Unleashed Extended Edition” features the theatrical edition on Blu-ray 3D disc, standard Blu-ray, DVD, and Digital HD and the extended, unrated version (which runs 12 minutes longer) on a standard Blu-ray with commentary by director James Mangold.