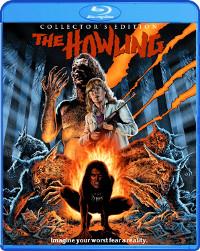 The same year that  An American Werewolf in London opened up the possibilities of the werewolf horror with a mix of black comedy and horrific transformations, Joe Dante went a different direction with The Howling (Shout Factory). Working on lower budget, Dante discarded the usual lone wolf route to frame the drama in terms of the wolf pack. His wolves weren’t mad dogs on the rampage, but a primal force balancing survival with primal urges.

Dee Wallace, just a year before making E.T., stars as an investigative TV reporter recovering from a brush with a serial killer in a retreat called “The Colony,” a mix of new age commune, primal therapy, and red meat culture run by psychiatrist Patrick Macnee. It also happens to be the hub of a werewolf pack that quickly adds her husband (Christopher Stone) to their ranks, transforming the easy-going vegetarian into an aggressive, meat-eating hunter in the process.

It’s more clever than compelling, to be fair, an interesting take with inventive effects (thanks to Rob Bottin), impressive moments of horror, an undercurrent of dark humor, and an earthy, feral sensibility. John Sayles (who previously wrote Piranha for Dante) came with Dante from the Corman movie factory and contributes a clever script (adapted from a novel by Gary Brandner) with some character nice touches in the supporting roles and a modicum of wit in the dialogue.

Dante has a lot of fun with cameos and bits by his B-movie heroes and genre character actors, from Kevin McCarthy and Kenneth Tobey to John Carradine and Dick Miller to Roger Corman (who gets a genuinely Hitchcockian cameo) and Forrest J. Ackerman (with a copy of “Famous Monsters of Filmland” in his hand). You can bet that the character names, all borrowed from cult directors, are Dante’s contribution: Terry Fisher and Fred Francis (of Hammer Terence Fisher and Freddie Francis), George Waggner, R. William Neill, Erle Kenton, Sam Newfield, and Charlie Barton. Dick Miller, of course, is simply Walter Paisley (Corman buffs will get that one, the rest of you can look it up on IMDb).

It’s a real film buff feast but Dante also uses the opportunity to stretch himself. He shows off his chops in a riveting opening sequence, where Wallace goes undercover to nab a serial killer and goes into shock at the horror of the experience, and some well-turned wolf encounters, and he balances the genre-movie love with adult material. Not just violence and nudity (and yes, it delivers both in the best grindhouse tradition) but mature relationships, sophisticated threats, and a social satire that both spoofs and embraces the psychological trends of the era. The story isn’t as smart as Dante’s treatment (the motivations as foggy at best, and the pack mentality doesn’t mesh with the lone wolf madness of the serial killer in the flock) but the mix of dark humor, animal instincts, and a mature take on a genre piece makes it much more interesting than a lot of subsequent films with better actors, bigger budgets, and more lavish production values.

Joe Dante reflects on the film in an interview at USA Today. 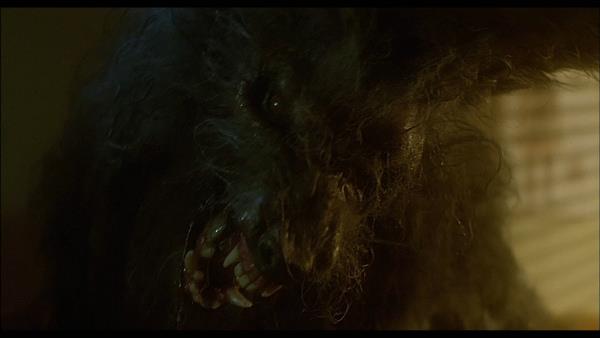 It gets the special edition treatment for Blu-ray and DVD, which features a decent transfer that fails to hold the intensity of the blacks in the nocturnal scenes (and there many of them) but otherwise has decent color and clarity (DVD Talk reviewer Tyler Foster notes that they used the Studio Canal transfer from the French Blu-ray release).

Carried over from the previous MGM DVD are some meaty supplements: commentary by director Joe Dante and stars Dee Wallace-Stone, Christopher Stone, and Robert Picardo, the excellent 50-minute documentary “Unleashing the Beast: Making The Howling” from 2002, the archival “Making a Monster Movie: Inside the Howling” from 1981, and outtakes, and an interview with stop-motion animator David Allen is rescued from the original laserdisc release. New to the disc are a new commentary with novel author Gary Brandner moderated by Michael Felsher, interviews with producer Steven A. Lane, editor Mark Goldblatt, and co-screenwriter Terence H. Winkless, a location tour, and a reel of deleted scenes.

And if you don’t like the new artwork on the disc cover, just turn the sleeve inside out; the original poster art is on the other side.

Take a look at the disc menu, with a montage of clips from the film, at my shorter version of the review at Videodrone.