The contradictions of Richard Pryor—electrifying in concert films and Blue Collar, variously wasted, underutilized, or indifferent elsewhere—are on the mind of Colin Beckett too, who joins in Odienator’s applause for the underrated Bustin’ Loose. In the new issue of Brooklyn Rail, which also celebrates Jonas Mekas’s recent 90th birthday by soliciting salutes from some of his friends and collaborators, including P. Adams Sitney and Ken Jacobs.

At the bilingual film journal Transit, Adrian Martin beautifully lays out the case for teen movies, “the least sacred and the most secular of genres,” as unjustly neglected. His essay introduces some rectification of that slight, as Transit’s co-editor Cristina Álvarez López rounds up enthusiastic appreciations of everything from The Breakfast Club and Never Been Kissed to Wild Boys of the Road and The Aviator’s Wife.

“If Graf’s leading characters serve one overarching purpose, it is to consciously ferret out uncomfortable truths about the world they live in—a mission which notably requires some degree of complicity, corruption or maleficence along the way, as if only the partially corrupt can see the world’s real dirt.” For Daniel Kasman, the great revelation of the Rotterdam Festival was the retrospective on German director Dominik Graf, whose handful of features sit alongside hours of exemplary TV work.

Also at MUBI, Ignatiy Vishnevetsky worries that, due to unfamiliarity with the latest techniques of digital filmmaking, critics are no longer speaking accurately of what it is that filmmakers do. At his own blog, Jonathan Poritsky gives a respectful but firm pushback to Vishnevetsky’s interesting thesis.

“He covered the walls of his classroom with mottoes such as this: Student films come in three sizes: Too Long, Much Too Long and Very Much Too Long.” In tandem with an LA event, Artforum reprints Geoffrey O’Brien’s 2005 appreciation of Alexander Mackendrick. An excellent read regardless of vintage, marred only by a formatting glitch that, ironically regarding a filmmaker as formally precise as that quote indicates, has a plot summary for The Man in the White Suit jarringly transition mid-sentence into some biographical detail.

“I wish a guy could get a buck that easy these days.” “Got a car? Maybe I can put you onto something.” Marilyn Ferdinand is appropriately gobsmacked by her first viewing of Endfield’s Try and Get Me!

David Bordwell acknowledges that Theo Angelopoulos and Tony Scott seem about as discrete a pair of filmmakers you could name, but still finds a crazy sort of kinship in their shared “commitment to going beyond the given: Each director pushes his tradition to a limit.”

Viewing Kiarostami’s early films has Vadim Rizov noting how quickly he grew out of “miserablist cinema” and achieving transcendent moments.

For Silent London, Neil Brand describes the “extraordinary power” of The Life Story of David Lloyd George, and the strange bit of skullduggery that kept this 1918 film from being screened until 1996.

“Yes, my films are all entertaining and in a way I make one mainstream film after the other…” “I wouldn’t really call you mainstream.” “My stories are wonderful and easy to understand and you can show them in Algeria, in Moscow, in Buenos Aires, all of them will understand it.” Werner Herzog, ever humble, interviewed at The Talks.

Interviewed by Matthew Garrahan, David Fincher talks about adjusting his methods to TV and describes some of his early influences—which, almost perfectly, were a mix of Rear Window and seeing George Lucas direct a scene from American Graffiti.

Criterion posts some color set photographs from famous black-and-white movies; and no, you’ll never look at Marienbad or Down by Law the same again.

Video:  In what’s evolved into a wildly eclectic gallery, Walt Disney now joins Gandhi, Galileo, Robert E. Lee, and Muybridge as the subject of a Philip Glass opera. “The Perfect American,” with libretto by Rudy Wurlitzer, premiered late last month at Madrid’s Teatro Real; for the next 90 days you can stream it (after a free registration) at Medici.tv. If you’ve been one of the tsk-tskers in any of the recent debates about historical accuracy in works of art, don’t even bother with this.

Stuart Freeborn, the British make-up artist whose career spans from David Lean’s Oliver Twist (1948), where he created the exaggerated look of Fagin, to the Star Wars movies, passed away this week at the age of 98. His legacy creating the look for all three Peter Sellers characters in Dr. Strangelove, the proto-human apes of 2001: A Space Odyssey, and most of the alien characters of the first three Star Wars films, including Chewbacca, Yoda, and Jabba the Hutt. More at The New York Times.

American stage and screen actor John Kerr, who co-starred with Deborah Kerr (no relation) in the 1956 Tea and Sympathy, passed away at the age 81. He effectively retired from acting to become a successful lawyer in the 1970s, but he continued taking occasional TV roles (including a recurring part on The Streets of San Francisco) through the 1980s. Garrett Lewis at The LA Times.

Not directly movie related, but Reg Pressly, the lead singer of the British sixties group The Troggs (knighted “the godfathers of punk” by Lester Bangs), died of lung cancer at the age of 71. Their most famous songs “Wild Thing” (which Pressly sang) and “Love Is All Around” (which he also co-wrote) have graced many a film. Dave Laing at The Guardian. 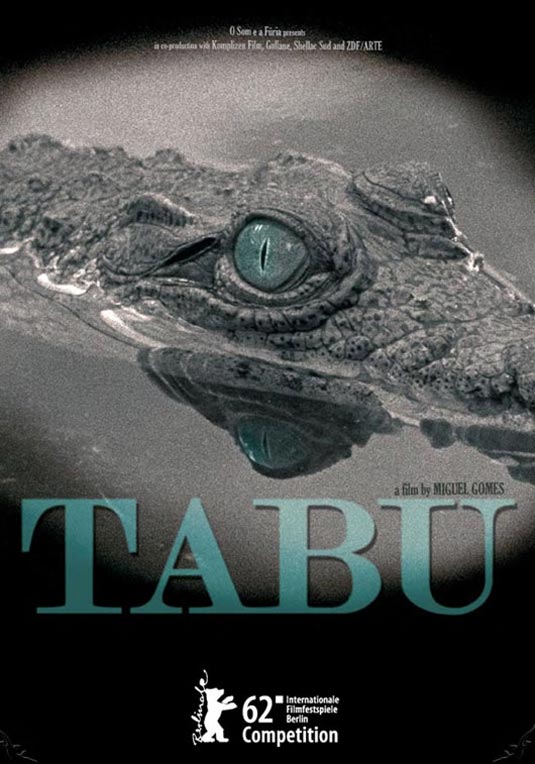 Don’t miss Tabu, Miguel Gomes’ magical dream-memory of life colonial Africa. “This curious and unexpectedly intoxicating concoction comes from director Miguel Gomes, who wants us to take our regular movie-watching habits and hold them up to scrutiny,” writes Robert Horton for The Herald. “Or maybe scrutinize our memories of our own lives and the way we can’t help but turn our old experiences into movies, more romantic than they really were.” Plays for two weeks at Northwest Film Forum.

Steven Soderbergh says that Side Effects is his last feature from before his retirement (he reserves the right to change his mind, of course). The medical thriller-turned-psychological thriller is like an updated Joe Esterhaus thriller from the nineties, only smarter, more clinically-focused (as Soderbergh is wont to do), and without the ice-picks. Robert Horton reviews it for The Herald. “After seeming to drift (in a cool, well-acted way) for half its running time, the film snaps into gear and goes into clockwork motion. We won’t recount any more plot here, but the prologue is re-visited and blood is spilled.” At area theaters.

The Oscar-nominated documentary shorts play on two programs at SIFF Film Center for a week (Part 1 and Part 2). And if you missed them, the Oscar-nominated live action and animated short films are playing in two separate packages for another week at Harvard Exit

“The Great Cinematic Clown Pierre Étaix” retrospective continues on Wednesday and Thursday with screenings of As Long As You’re Healthy (with the short Feeling Good, which was originally shot as a segment of Healthy but cut out by Étaix) and his debut feature The Suitor (with his hilarious debut short film Rupture). Read an overview of the series at Seattle Weekly here, and find showtimes and details here.

Valentines Day options on Thursday, February 14 include Harold and Maude at The Uptown (I’m not sure how romantic that might play with your date) and the video anthology program VHSex at Grand Illusion (even more romantically dubious).

Also opening this week: Michael Apted’s 56 Up, the latest chapter in the most inspired documentary project to continue on for 50 years (Guild 45); We Don’t Care About Music Anyway, a documentary about Tokyo’s avant-garde music scene (Grand Illusion); Identity Thief with Jason Bateman and Melissa McCarthy (area theaters); and Top Gun 3D (IMAX theaters).