Seattle screenings and cinema events, including the “Best of SIFF” series and other post-SIFF releases, are surveyed at Parallax View here. 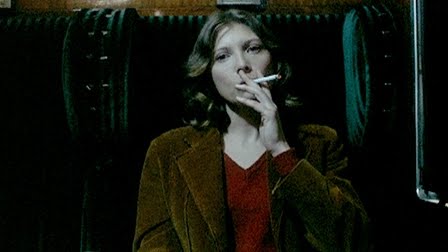 Girish Shambu leads off his typically fine collection of links with a welcome announcement: Issue 2 of LOLA, the film journal he edits with Adrian Martin, has arrived. The articles are being released piecemeal over the next few weeks, but already there’s such delights as the transcript of a Raúl Ruiz speech from 2005, an almost discomfitingly intimate recollection of Gilbert Adair by Alexander García Düttmann, and a clutch of articles on Chantal Akerman highlighted by an exhaustive, playful, yet fiercely honest interview with Nicole Brenez.

Also presenting their new issue, Experimental Conversations, which leads off with an excellent resource for further study, a tantalizing survey of Thailand’s up-and-coming arthouse directors conducted by Jit Phokaew and friends.

“Sounds like you had a strict upbringing.” “You might say that.” At Movie Morlocks, the Horror Dads offer a back-handed salute to Father’s Day by discussing some of the genre’s most memorably vile patriarchs.

The Cine-Files, a journal by the grad students of the Savannah College of Art and Design, dedicates its second issue to the French New Wave, and the children of Deleuze and Vitaminwater acquit themselves nicely to the challenge. Several distinguished interviewees (including Louis Menand, Jonathan Rosenbaum, and Mary Wiles on meeting Rivette) establish the history, while a trio of student filmmakers confirm the period’s influence extending to the future. Spotted by Film Studies for Free.

“In a dramatic film, her unchanging, hypnotized expression would surely result in a boring, unconvincing performance. But here, stripped of context, she is enigmatic and mesmerizing.” Imogen Smith offers an appropriately miniature but rapturous appreciation for Joseph Cornell’s films, most especially Rose Hobart. 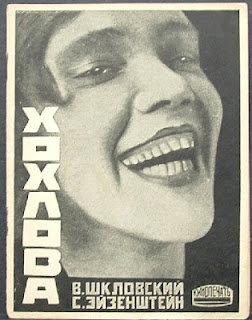 Reviewing the films of the Russian revolution, Agata Pyzik finds most torn between celebrations of socialism’s New Woman and the same old sexist hang-ups, with the generally unheralded Boris Barnet proving the surprising exception. Via the Bioscope.

“They all said I would be mugged, attacked, robbed, and people who are important, like David Puttnam, said that my life would be a nightmare in Glasgow. But it was one of the most pleasant, convivial shoots I’ve ever had in my life.” Bertrand Tavernier looks back at the filming of his underrated Death Watch.

The Siren passes along a Joan Blondell anecdote heard from a former employer that is, as she points out, too good not to be true. Since there’s little more contagious than raving about Blondell, Sheila O’Malley joins in with more words of praise for the actress and a repost from her own blog of some Blondell trivia to warm the heart of any librarian (and raise the pulse of any library patron).

“But, look, you can’t tell. Not even Mom.” “Why not?” “Because grown-ups can’t see him. Only little kids can see him.” “Give me a break!” Hannah Seitz’s film studies program will have to be pretty fine to surpass the lessons she’s picked up from her father Matt, based on their chat over a mutual favorite, E.T.

Audio:  “Now she’s starting to leave so fall down… keep falling… keep falling… keep falling. Now go back into the dark woods.” In an excerpt from a 2007 radio documentary about Twin Peaks, Angelo Badalamenti sits down at the keyboard and vividly recounts the give-and-take between him and Lynch that led to the creation of “Laura Palmer’s Theme.” Via Mubi’s Adam Cook.

Video:  Even those tempted to dismiss it as another example of Wes Anderson’s twee fussiness should check out this charming (and spoiler-free, if you’re averse) pendant to Moonrise Kingdom: brief illustrations of the young heroine’s stolen library books, each so perfectly evocative of their respective styles you’d swear to having read them as a child despite their being created for the film.

Ann Rutherford, whose forty-year career includes roles in Gone With the Wind, Pride and Prejudice, and The Secret Life of Walter Mitty, died at the age of 94. Her signature role Polly Benedict, long-time sweetheart to Mickey Rooney’s Andy Hardy in thirteen movies, and she moved on to a more adult romantic comedy role opposite Red Skelton in Whistling in Dixie and its sequel. Valerie J. Nelson surveys her life and career for the Los Angeles Times. Turner Classic Movies has scheduled a day-long retrospective on Tuesday, July 3rd in honor of her memory.