Le beau Serge and Les cousins, the first two films from Claude Chabrol, mark the official birth of the French nouvelle vague. The two confident, mature dramas don’t have the stylistic flash or narrative invention of the more famous works by Godard and Truffaut that followed, but that was always the way with Chabrol, the classicist of the “Cahiers du Cinema ” crowd.

Where Truffaut added autobiography, enthusiasm and a palpable love of the act of filmmaking to his films, and Godard deconstructed filmmaking, storytelling and narrative expectations in his films, Chabrol used his camera like a microscope to study the psychology under the surface of human behavior in the Petri dish of social definitions and relationships. Alfred Hitchcock was his idol (he wrote, with fellow critic and nouvelle vague director Eric Rohmer, an early study of Hitchcock’s films) but it wasn’t the mechanics of suspense the interested him, it was the human equation: guilt, jealousy, obsession, the impulse to violence and crime and vengeance, the deflation of regret and loss. It all begins with these two features, which predated Truffaut’s The 400 Blows by mere months. True to form, they quietly established the arrival of a new talent, while Truffaut and Godard (with Breathless) caused a seismic shift.

The two films are like a match set of city mouse/country mouse tales, the first set in the dying community of a rural village (Sardent, Chabrol’s own hometown), the second in the decadent bohemian student society of Paris, with Gérard Blain and Jean-Claude Brialy as the provincial and the sophisticate (respectively) in both films.

Le beau Serge (1958) is the work of a young man with classical aspirations. François (Brialy), the young man who escaped the village to college and the city, returns as a sickly, almost foppish sophisticate recovering from tuberculosis and finds that his one-time best friend Serge (Blain) has slipped into the role of town drunk, a sneering, self-hating souse who drinks to forget the death of his first child and keeps on drinking to forget his own failings. “Poor François,” remarks one townsperson of his drive to “save” Serge. “Always ready to do a good deed.” But François’ efforts, while sincere, are not necessarily completely altruistic and there is a hint of arrogance in his sanctimonious lectures. Meanwhile this twentysomething young man rather recklessly starts sleeping with the 17-year-old sister (Bernadette Lafont, all pouts and curves) of Serge’s neglected wife (Michèle Méritz), which François treats with rather more nonchalance than everyone else.

Chabrol doesn’t apply any stylistic fireworks or bravura camerawork, preferring a steady, handsome elegance of carefully composed frames and functional but elegant camerawork, courtesy of Henri Dacae (soon to be one of the premier cinematographers of his day and the favored collaborator of Jean-Pierre Melville and Louis Malle). It’s filled with non-actors playing villagers with unforced authenticity and even has a few in-jokes (Chabrol gives himself a cameo and a line: “You recognize him?,” he asks François, “It’s Jacques Rivette”), but the atmosphere is anything but easy or jaunty. The unmistakable sense of decay and depression hovers over most every scene. There’s not many folks left in town and the chilly autumn streets feel all the colder when they’re bereft of human activity.

Chabrol’s technique can be a little stiff (the awkward editing of glances exchanged in around the breakfast table in Serge’s house is technical gaff he would never make again) but he has a confident style and sure direction of actors, bringing performances down rather than playing them up. It is a sophisticated debut with a savvy psychological understanding of the uneasy relationships. If the conclusion comes a little too easy and conventionally familiar, the muscular imagery of his flawed hero on the road to redemption covered in snow and winter’s night and lit by flashlight, and the intimacy and grace of the final images, gives it conviction and emotional weight.

Les cousins (1959), which opens with provincial student Charles (Blain) arriving in Paris and landing at the lavish apartment of his absent uncle and his ever-present cousin Paul (Brialy), is an even more mature work. Shy, earnest and naïve, Charles is an idealist in a society of reckless hedonists, smitten with the worldly Florence (Juliette Mayniel), who has bounced around practically every guy in the group, and silently suffering after she’s wooed away by another. The film moves from one party to another, sometimes in bars, sometimes on the road in cars, but usually in the apartment, and spectacle is the order of the day, whether it’s a display of sexual appetite, a drunken rampage or a singing muscleman popping chains to the delight of this student hedonist culture. Seriously, these guys are all supposed to be in college but only Charles, the self-confessed plodder, spends any time studying. That’s not a matter of sloppiness on Chabrol’s part but a defining element of this culture of privileged students with no investment in their education or cares of their future.

Chabrol wrote the script before Le beau Serge but didn’t have the confidence to tackle it as his first film. It was a sound choice, for the more ambivalent relationships and oblivious characters of this film demand a steadier, sharper direction and, after learning on the set of Serge, he come to Les cousins with the necessary skills. There’s nothing showy in the long takes through the revelry of the parties but his ability to control the rhythms of the ensemble while drawing our attention to the stories playing out around the edges is as impressive as the visual impressions of Paul marching through the darkened room with a candle in his hand (and, less convincing, a spotlight picking him out from the darkness). He’s right where he likes to be, commanding all attention as he declaims a monologue, and when comes upon the budding romance between Charles and Florence, his look is part theatrical reaction, part unguarded longing and maybe a little jealousy. But of what? Does he want Florence, or simply the charge of love that Paul has ignored in his hedonistic lifestyle?

Strange undercurrents of obsession and decadence also bubble through scenes, notably Paul’s unsettling fascination with Nazi culture (he wears an SS cap in one scene and shouts “Gestapo!” to wake up one sleeping partygoer, who he later confesses to Charles is Jewish) and his obsession with the handguns in the apartment, which he likes to take off the wall and play with like a kid with a cap gun. Chabrol is no stranger to “Chekov’s gun” and this unloaded pistol is destined to play a part in the third act, of course.

Yet what’s most impressive is the anxiety underlying the relationships, the mix of affection and jealousy between the cousins, the competitiveness of the party scene and the spell that the creepy, insolent Clovis (Claude Cerval), a pimp in everything but name and a party regular at least a decade their senior, holds over the Paul. He enjoys playing the host and changing partners through the revolving door of beauties at his nightly (or nearly so) galas, but under his dandyish fashion and theatrical affectations is an authentic generosity and a fierce intelligence, if not quite an honest self-awareness. Charles, meanwhile, slips somewhere between saintly suffering and sad sack isolation, and the paternal affection that the local bookseller has for this studious and literate young man comes with a sneering antagonism for Paul and his crowd and the idea of romance, the enemy of scholarship. Not much of an escape for Charles: decadence at home, bitterness at the bookstore and betrayal of the heart.

The films, too long available only in substandard VHS releases, make their long-awaited DVD and Blu-ray debuts in beautifully-mastered editions from Criterion. Le beau Serge features commentary by Chabrol critic Guy Austin and the 2003 documentary Claude Chabrol: Mon premier film, made for French TV by Francis Girod. Along with substantial interviews with Chabrol, the 51-minute production revisits the village of Sardent with Jean-Claude Brially as tour guide, who meets up with the locals who had a part in the film, and talks with co-star Bernadette Lafont. It’s more nostalgic than revealing or scholarly, with stories of the production and a little talk of autobiography. Also features segment from the French TV series L’invité du dimanche with Chabrol revisiting Sardent in 1969 and the trailer. Les cousins features commentary by film scholar Adrian Martin. Both include a booklet with an original essay by Terrence Rafferty and other notes. 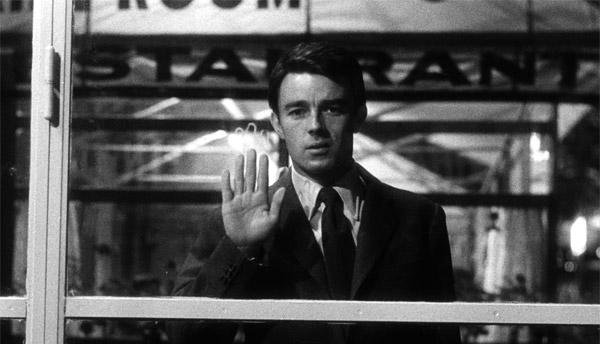