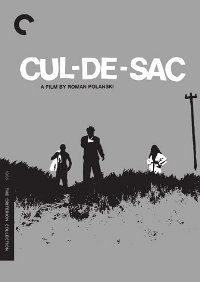 Stander’s gravel-voiced gangster Dickie is just holing up with his hostages (who are trapped as much by their isolated home, cut off from the world by the tides every night, as by the gun-wielding thug) while he waits for the unseen boss Katelbach to extricate him and his partner (Jack MacGowran), slowly dying of a gunshot wound, from their otherwise doomed predicament. Polanski was a fan of Beckett and Pinter and his script owes more to their theater of the absurd (reconceived in decidedly cinematic terms) than the genre films that “Cul-De-Sac” builds on and then spins its own eccentric orbit around.

Both the DVD and Blu-ray include a 1967 portrait of Polanski and his films made for the British series “The Movies,” anchored by an interview with Polanski, and the 2003 featurette “Two Gangsters and an Island,” produced by Blue Underground for the British DVD release of the film. The latter production features interviews with Polanski, producer Gene Gutowski, cinematographer Gil Taylor, production designer Voytek and actor William Frankyl, and they all pretty much confirm that it was an uncomfortable shoot (the location really did turn into an island every day). The accompanying booklet features an original essay by David Thompson, which you can also read on the Criterion website here. 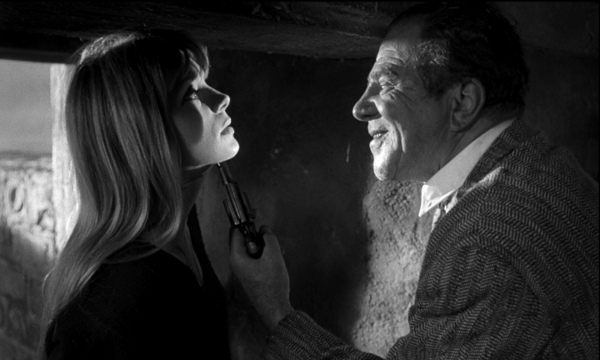