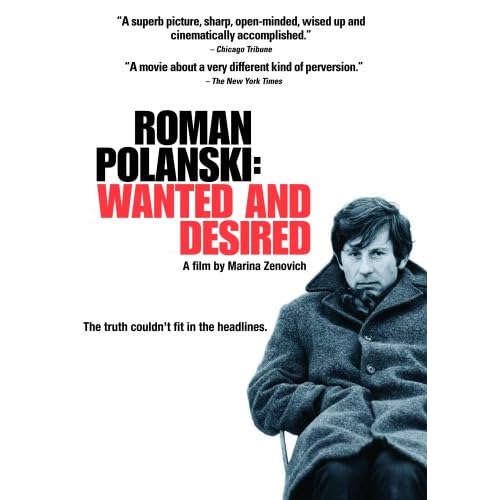 But that’s only half the story. Polanski’s treatment by the American legal system, and in particular a media-obsessed judge more interested in public relations than justice, is an appalling portrait of judicial malfeasance, a legal nightmare worthy of Kafka and the kind of abuse of power that Polanski ostensibly left behind in Communist Poland. The repeated legal abuses perpetrated by presiding judge Laurence J. Rittenband, who paid more attention to the court of public opinion than the laws he swore to uphold and staged a press conference to announce his rulings in the case, appalled both the defense lawyer and the prosecuting attorney so much that they joined together to have him removed from the case. Polanski’s flight from the erratic behavior and possible punitive actions of a judge who reneged on rulings and seemed to be making up new twists on the case as he went along may not look heroic, but to Polanski it was a simple matter of survival. “Who wouldn’t think about running when facing a 50-year sentence from a judge who was clearly more interested in his own reputation than a fair judgment or even the well-being of the victim?” Gailey wrote in 2003 in the New York Times. She’s put it past her and wishes the rest of the media would do the same.

Polanski comes off with a sleazy glamor, a kid from communist Poland who embraced the culture of celebrity and American excess like a little boy on a shopping spree. We don’t see the least bit of contrition or repentance from the archival news clips of Polanski (who was not interviewed for the documentary), and in one interview with a British journalist he’s determined to justify himself. But as the film reveals the details of Polanski’s ordeal after making his plea bargain (which the judge appeared on the verge of reneging on), it’s clear that he had become a victim in his own right. And given the judicial misconduct he endured, who wouldn’t sour on the American dream? He hasn’t set foot in the U.S. since and, despite movement on bringing closure to the case, is suspicious of any offers made by the California courts.

Director Marina Zenovich and editor Joe Bini contribute a commentary track to the DVD, discussing how and why they told the story in the manner they did, from the introductory clip to the intercutting of transcripts from the police interviews with Polanski and Gailey. The five deleted scenes (some as short as a 15 or 20 seconds) are inconsequential. The treasure trove is two hours or so of bonus interviews conducted for but not used in the documentary. The gallery of “Extra Interviews” includes a dozen folks related to the legal case discussing other aspects of it, “Writers on Polanski” focus on his legacy, “Will He Come Back” is… well, that one is obvious. But for a portrait of Polanksi himself, delve into “Friends and Colleagues Talk about Polanksi.” There are twenty one actors, writers, producers, friends and others gathered here, sharing insights on and stories about Polanski. The display of respect and affection isn’t surprising but it does show that the filmmakers made a conscious choice to avoid turning the film into a portrait of Polanski the tortured artist and keep the focus on the appalling miscarriage of justice.