For a brief period between 1913 and 1924, the most sophisticated, mature and visually majestic films were coming from the Scandinavian countries in general and Sweden in particular, a trend that impressed Hollywood so much that the studios started importing artists from the Scandinavian film industries: Victor Sjöström (who became Seastrom in Hollywood), Mauritz Stiller, Benjamin Christensen, Lars Hanson and of course Greta Garbo. One of the unique qualities of this regional cinema was the embrace of the landscape as an essential part of the stories. Where Hollywood filmmakers of the 1910s generally scouted locations near the studios (when they didn’t try to construct their own worlds on studio stages), Sjöstrom, Stiller, and others took their cameras deep into the wilderness and the mountains to find majestic views and epic vistas unseen in other national cinemas, a fitting backdrop for characters driven by powerful psychological and emotional forces. The roots of Ingmar Bergman, whose natural landscapes are much more intimate yet just as expressive and evocative of his themes, can be traced back to the silent era; he cited Sjöström as one of his most important inspirations and influences and paid tribute to his legacy by casting him as the old professor in Wild Strawberries. 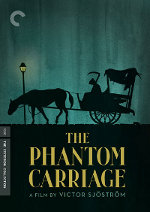 The most anticipated event at any silent film festival is the premiere of a “lost” film, rediscovered and restored. Bardelys the Magnificent, the 1926 swashbuckler starring John Gilbert and directed by King Vidor, was long thought lost for good but for a brief glimpse in Vidor’s Show People. Then a single surviving print, in poor shape and missing a reel, was found in France in 2006. An exhaustive digital restoration was undertaken by Serge Bromberg (of Lobster Films) with David Shepard (of Film Preservation Associates) and others and the results are thrilling. Apart from a very effective reconstruction of the lost reel through stills and shots from a surviving trailer, it looks superb.

This was the last of five collaborations between Vidor, one of the class acts of the silent cinema, and Gilbert, at that time one Hollywood’s greatest stars. Both are at the top of their game; from the opening scenes they walk that fine line between swashbuckler and spoof with sure footing and unflagging confidence. Gilbert is the Marquis de Bardelys, an an infamous womanizer and the kind of character that John Barrymore did well, the arrogant aristocrat lover and rogue. Gilbert plays it with more dry wit and insouciance than Barrymore ever did. He’s helped immensely by the pithy gems of the intertitles written by Dorothy Farnum (this film features the finest and funniest intertitles of the festival and is a reminder of the often overlooked art of silent movie title writing), but his performance sells the lines. Within seconds of the opening images, he’s suddenly engaged in a fencing duel with the husband of his latest conquest (which he treats as rather familiar sport) and ends the scene by reconciling the two and driving them both out the front door, still tossing off dryly witty lines as it has all been a mere inconvenience. The story, adapted from the novel by Rafael Sabatini, turns on a challenge from a rival aristocrat (Roy D’Arcy, looking like an over-coiffed villain from the Richard Lester The Three Musketeers) to woo the stubbornly resistant Roxalanne de Lavedan (Eleanor Boardman), who already rejected the vain aristocrat. Boardman (who soon became director Vidor’s wife) is a modern presence in this costume picture of flamboyant manners. With minimal make-up and a direct, unshowy performance style, she stands in contrast to the rituals and elaborate shows of affection and outrage. It’s not hard to see how the frivolous Bardelys, a man who could marry any woman he wanted to (if, in fact, he wanted to), is smitten and transformed by this unpretentious, unspoiled, unfailingly honest beauty.