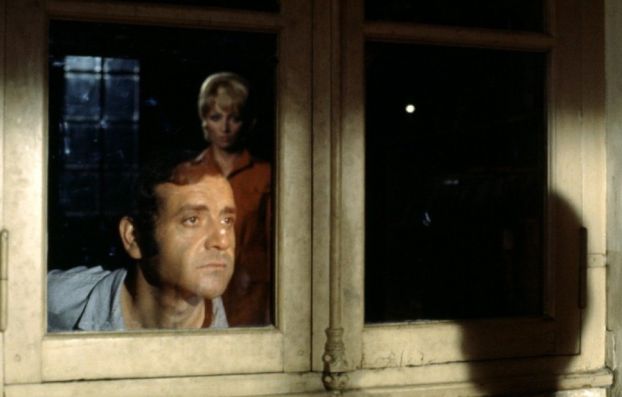 “The stories also share common thematic concerns, regarding jealousy, marital fidelity, interpersonal power dynamics, and shifting loyalties across triangular relationships – often there is a Charles and a Hélène (Audran played four different Hélènes), whose relationship is disrupted by a complicating Paul. Bourgeoisie rituals come under anthropological interrogation; domestic geography is surgically precise (dwellings, simple and palatial, are meticulously designed); and there is Chabrol’s signature delight in lingering over meals, especially at crucial junctures. Almost invariably, there is murder, always, there is guilt, the weight of which is shared by more than one character.” Jonathan Kirshner runs through the dozen films of what he dubs Chabrol’s “second wave,” from Les Biches to Innocents with Dirty Hands, to signaled the director’s return to prominence after some years of indifferent work for hire. Via David Hudson.

“Clarke may have prefigured the reaction of audiences when, with the film still two long years from completion, he described 2001’s making as “a wonderful experience streaked with agony.” It was all that, and more: a feat of sustained innovation, even improvisation, led by one of the most controlling and obsessive directors in movie history. That MGM, traditionally the stodgiest of studios, gave Kubrick the freedom to set off toward an end point even he wasn’t entirely sure of—and this was half a decade before Hollywood would make a thing of indulging visionary young directors—is almost as astonishing as the film that resulted.” Bruce Handy recounts the years of rewriting, research, and overruns that resulted in Kubrick’s 2001.

END_OF_DOCUMENT_TOKEN_TO_BE_REPLACED

During one phase of their rising-and-falling marriage Susan Anspach says to George Segal, “We’re always putting somebody down.” One of the conspicuously consistent things about Paul Mazursky’s three films as a director—Bob and Carol and Ted and Alice, Alex in Wonderland, Blume in Love—is that he doesn’t put anybody down. The frantic chicness of the assumed lifestyles in B&C&T&A was the source of many laughs, but there was a winning innocence about the whole enterprise, on the characters’ part and on Mazursky’s, that saved the film from the sterile socioaesthetic oneupmanship that claims most endeavors in that risky genre. It was the director’s innocence that sustained Alex in Wonderland even amid the protracted, slavish, unimaginative gaucherie of those sub-Fellini pastiches and stillborn “Hooray for Hollywood” highjinks. And the colors of innocence and naïveté continue to fly in his latest film, and they help make Blume in Love a distinct pleasure to behold and share.