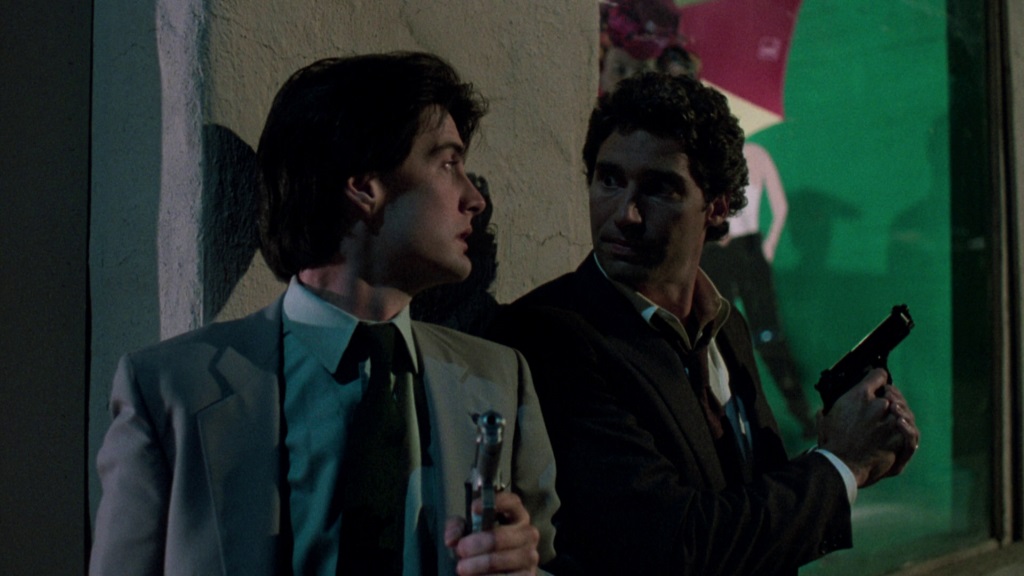 Basket Case (1982), the debut feature of filmmaker Frank Henenlotter, is a gruesome little cult indie-horror drama of brotherly love and righteous vengeance shot on location in the seedier sections of New York City.

Henenlotter was reared on the cheap horror films of Herschell Gordon Lewis and other independent exploitation directors of the 1960s and 1970s and this is in many ways his tribute to the grindhouse horror films he loves, a low-budget monster movie with a creative twists and an embrace of the grotesque. The monster effects, a mix of puppets, models, and stop-motion animation, may look amateur today but there’s a loving B-movie attitude and a genuine sense of character and tragedy to the misshapen, fleshy, snaggle-toothed Belial, who sees Duane’s growing guilt and desire to connect to other people (notably a girl he’s fallen for) as a betrayal of their bond. A cult classic with an inspired twist on Cain and Abel.Kevin VanHentenryck shuffles through the low budget exercise in grotesquery and gore as Duane, the “normal” brother sent by his deformed, formerly-conjoined twin Belial to take revenge on the doctors who separated the two and left the blobby, grotesquely misshapen brother to die. Most of the effects are shrewdly just off screen, with spurts of blood and gnarly hand dragging the character out of view to feed our imaginations, and a few bloody corpses left in the aftermath (an exception is a pre-Freddy multiple impalement with scalpels).