The new issue of feminist film journal cléo has dropped, built around the theme of “hot”. Among other pleasures, Kathleen Kampeas-Rittenhouse shows the bleak political view that undergirds Ceyda Torun’s Kedi (“And so perhaps the more-or-less explicit themes of interdependence and fragility woven in among Kedi’s lighter-hearted narratives are an attempt to apply a loving lens to a bleak reality—a gentle, wet-nosed nudge reminding audiences of their capacity to nurture“); Elise Moore offers an interesting perspective on the dilemmas presented in The Bigamist and There’s Always Tomorrow (“A comparison of the Lupino and Sirk films highlights what Lupino’s outsider approach added to American cinema’s criticism of postwar conformism”); Kiva Reardon highlights Denis’s Friday Night as an important precursor to her supposedly anomalous latest, Let the Sunshine In (“in Denis’ filmmaking, we locate a cinematic space where the immediacy of women’s wants and needs is foregrounded, indulged and generously examined”); and Sarah Fonseca shows a century’s worth of obsessing about mermaids culminating in Smoczynska’s The Lure (“When the viewer realizes what Smoczynska is cheekily telling us about gender, the question of whether or not the mermaids’ song is manipulating audiences becomes irrelevant”).

“In Arbuckle’s [first] two features, it’s his physical presence that matters, not consistency of character; in one he’s a genial sheriff, in the other a lawyer inclined toward crookedness. Chaplin retained the Tramp persona in The Kid, but the film is a rather episodic affair. Once the main plot is resolved, a reel pads out its length with a dream sequence set in heaven. The Linder films are lively but digressive, with plots propelled by casual pranks and lovers’ misunderstandings. By contrast, Lloyd’s features moved toward tight construction. Despite his claim that his films just grew longer accidentally, they were shaped in ways that make them seem through-composed. His comedy sequences are deftly prolonged, building and topping themselves with great speed. Gags are embedded and interwoven in ways that yield surprises, and motifs set up early in the film pay off later. We may have forgotten about them, but Lloyd hasn’t.” David Bordwell argues that most dismissals of Harold Lloyd are flat-out wrong, shaped by a prescient hold on copyright that restricted our sense of his variety and innovation. Though even he can’t make Lloyd’s meticulous courting of the commercial come off any less depressingly chipper.

END_OF_DOCUMENT_TOKEN_TO_BE_REPLACED 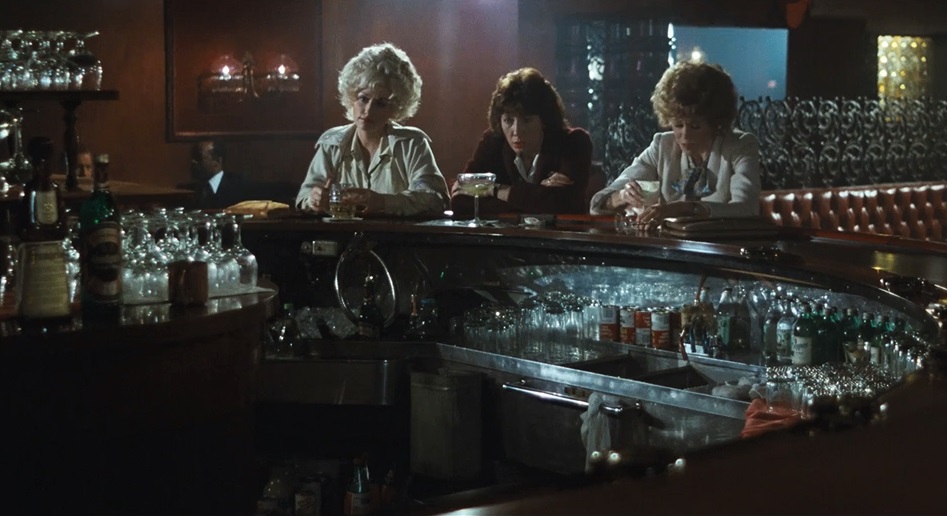 The new issue of cléo is organized around the theme of “soft,” realized by such diverse analyses as Mallory Andrews on the ingenious costuming choices of 9 to 5’s Ann Roth (“Each woman leaves the office early to commiserate at a local bar. Judy and Doralee have covered their outfits in matching cream jackets, and the lapels on Doralee match those of Violet’s blazer. Any earlier animosity has been pushed aside, the cream colours acting as a uniform for a three-woman army.”) and Veronica Fitzpatrick’s admiring take on Ex Machina’s ambiguity towards machines, women, and rape (“Much of Ex Machina’s criticism has hinged on whether it’s a feminist revenge parable or an objectifying robot fantasy, but both readings threaten to flatten the complexity that we, like Caleb, are asked to feel without explaining.”). Elsewhere, Jaime Chu highlights the dizzying tactility in Jane Campion’s filmography (“In her films, Campion reminds us of what hands do: they clasp, they rub, they catch, they soothe, they kill, they possess, they hurt, they hold, they remember.”); Justine Smith praises the tensions between repression and erotic arousal in nunsploitation (“Somehow, the fusion of pain and pleasure made “sinful” desires feel more acceptable—the punishment was built into the act itself.”); and Sophie Meyer cuts through metaphor to assess the films that break the phallocentric norm by celebrating soft cock (“While early reviews drew attention to the unprecedented sex acts of the opening minutes, it is in the closing minutes that the film enters truly new territory, of a tenderness that is also explicitly erotic and embodied….”)

“The film’s history is a drama in itself, part thriller, part tragedy. It involves an American Army base, the late-night pilfering of film canisters, a screening that left Mike Nichols in tears and a fatal review. The long final act ends in redemption at the hands of Martin Scorsese (among others) and includes the film’s long-delayed television premiere, on HBO2 on Monday, April 24. This is the story according to the 89-year-old Mr. Ophuls, anyway, and he tells it—by phone recently from his home in Southern France—very convincingly, with frequent bouts of wheezing laughter.” With Marcel Ophuls’s Memory of Justice receiving a long overdue rediscovery, Mike Hale recounts the film’s troubled production and disastrous reception.