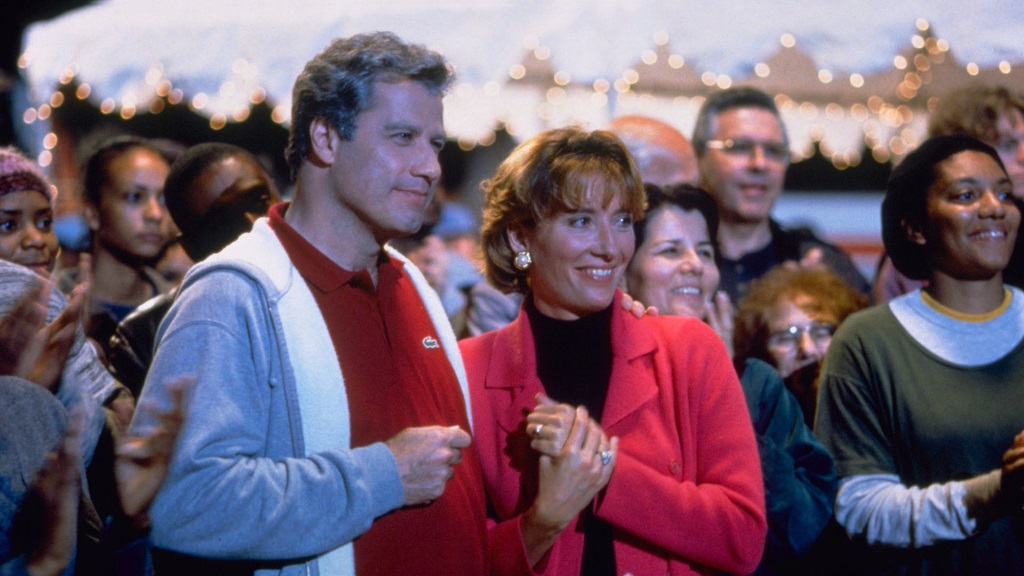 All of which is said in praise, even a certain awe, not deprecation. Primary Colors is so acutely attuned to the way we are now, in our politics and our pervasively mediated experience, that the very act of watching it embroils us in the fierce push-pull of its evenhanded gamesmanship. From moment to moment, neither we nor Henry Burton (Adrian Lester)—the hip, conscientious operative who serves as our narrative pointman—can know for sure what to make of candidate Jack Stanton (John Travolta sporting Bill Clinton hair and gut). This governor of an unspecified southern state exudes such empathy for The People in their multifarious strengths and neediness that his instantaneously tappable tears cause others to spring forth, like waters in a desert, in the eyes of hardened campaign watchers. And if he happens to spin an utterly fictional anecdote to expand on the issue at hand, does that cancel out the sincerity of his sympathy? Is political effectiveness in a worthy cause to be condemned if it’s lubricated with a white lie? Or a black one?

Nichols and May started out fortysome years ago as groundbreaking behavioral satirists, and this subject—after years of meretricious projects like The Birdcage—plays to their strengths, renews their artistic credentials. Nichols has rounded up his largest and most impressive cast since the glory days of The Graduate and Catch-22. Emma Thompson, her British accent expertly flattened into an American aristo-speak equally eloquent with epigrams and salvos of four-letter words, couldn’t be bettered as the candidate’s wife and truest political adviser; she authoritatively negotiates the minefield of pragmatism and decency, affection and exasperation, power-hungriness and despair that is Susan Stanton’s political and personal life. Billy Bob Thornton is dead-on casting as the campaign strategist—James Carville on an only slightly better hair day—and imbues the guy and his hilarious Cajun rambles with a truly mysterious intensity, as if he were receiving signals from another galaxy. In Libby Holden, the butch troubleshooter with the balls of a rhino, Kathy Bates finds her best screen role to date, and emerges as the film’s unlikely yet exactly right moral raisonneur—and beating heart. Only Travolta slightly disappoints. His Jack Stanton is funny, charming, appalling, often adroit, but never quite transcends being an act. Then again, maybe that’s where we came in. – Richard T. Jameson