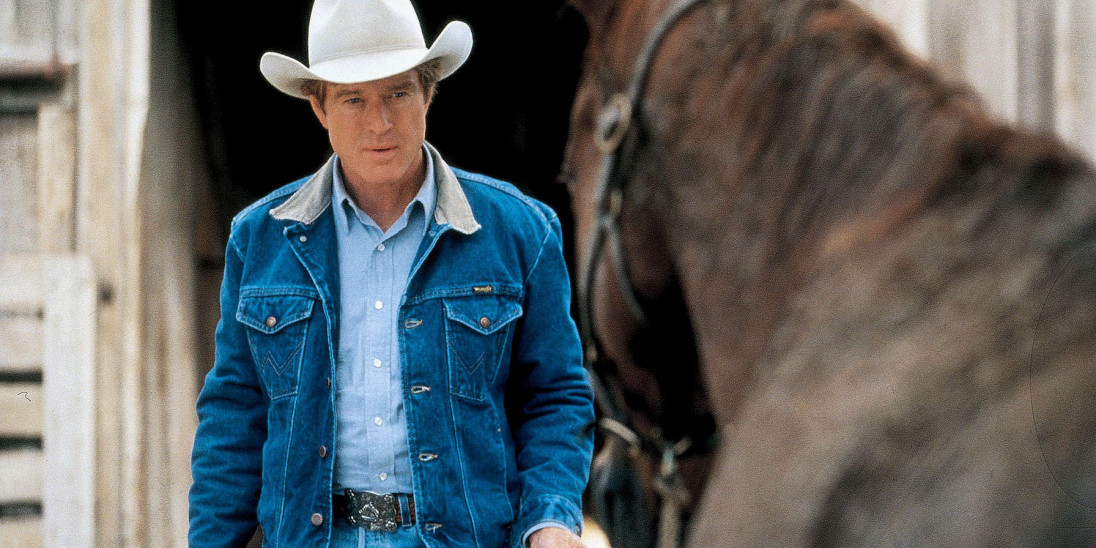 Except for a final helicopter shot, our last glimpse of Robert Redford in The Horse Whisperer finds the star enjoying a pensive moment of mixed emotions. It’s the kind of wordless, ambiguous grace note that real movie stars are so good at evoking, a look in the eyes that conveys a dozen different feelings tugging at the same brain pan.

There are other such moments in The Horse Whisperer, but they all belong to Kristin Scott Thomas; Redford, directing himself for the first time, retreats into a mythic Marlboro Man stance until that intriguing climactic shot. For most of his performance, he’s either perched loftily at the edge of a valley or the foot of a mountain peak, and as often as not the sun is catching the still-golden tones in his ageless hair. This approach turns the movie into a handsome still life, bloodless and schematic. It’s particularly odd because so much of the film is given over to an Ordinary People-style psychological excavation, which doesn’t jibe especially well with the old-fashioned stoicism of the traditional cowboy.

The story begins not in the west, but in New York, where we meet the MacLean family. A riding accident injures daughter Grace (Scarlett Johansson), killing her friend and traumatizing her horse. Her father, Robert (Sam Neill), is supportive, but mom Annie (Scott Thomas), a driven fashion-magazine editor, is determined to set everything right. So she hauls animal and daughter to Montana, where famed “horse whisperer” Tom Booker (Redford) practices his healing ways. This shaman-hunk lives with his brother (Chris Cooper) and brother’s wife (Dianne Wiest) on a sprawling ranch; it goes without saying that everything about this place is warm and nurturing, where the east coast is all cool blue hues and narrowness. (Literally: Redford and cinematographer Robert Richardson shoot the easterly section of the film in ordinary aspect ratio, then widen out to ‘scope when the action goes west.)

Annie finds herself falling for the taciturn horse-healer, and vice versa. It all happens very slowly, as the movie is so impressed with its own seriousness of purpose that it rarely deigns to hustle along. There are sequences that suggest what a livelier version of this movie might have been: a cattle-branding scene comes alive, and Redford (directing himself on screen for the first time, remember) finds flavorful detail in the action. He knows there’s something cool about a cowboy unfolding himself to pick a lady’s hat up off the ground. A slow dance between Tom and Annie, under the unsuspecting eyes of her husband, becomes a nicely throttled erotic encounter. And there are some scenes, late in the film, where the young actress Scarlett Johansson really lights up the screen, like — the comparison is unavoidable — a young colt finding her legs for the first time.

Redford’s main casting decision, handing the central role to Kristin Scott Thomas, pays off. Indeed, with her quick eyes flashing, Scott Thomas brings much more to the part than the black-and-white conception of the character would suggest. Screenwriters Eric Roth and Richard LaGravenese (adapting the Nicholas Evans novel) struggle to breathe life into her saga, but scene after scene totters off into formula. They can’t get around the fact that the plot insists that Annie is the one to be “cured” here, not her spooky horse or her injured daughter. Despite the best efforts of a terrific actress, the overall attitude toward Annie is more condescending than curative.