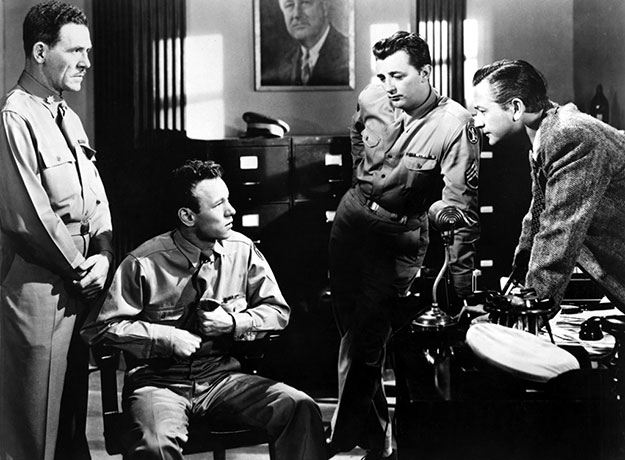 “Where European cinema of the past 50 years has taken up a critical stance regarding class struggle, it has generally done so with a distinctly workerist slant, symbolically carrying on the legacy of the ’68 protests where students, auto workers, and film technicians marched in unison. The importance of this history of struggle is indisputable – but this configuration notably excludes the forms of labour historically performed by women, and the feminised conditions of labour that increasingly impact workers, regardless of their gender, all over the world.” Adina Glickstein dissects the ironic, if predictably gendered, exclusion of Akerman’s Jeanne Dielman, 23, Quai du Commerce, 1080 Bruxelles from overviews of cinema’s portrayal of labor even after the subject became a priority for the radicalized arthouse crowd. Via Film Comment.

“During a rehearsal scene between Stewart and Binoche in Sils Maria, Binoche reads a telling line from the (fictional) play in which she is to star: “I wear a mask—it works with some people, others see right through it.” I believe that Assayas wrote this line for Binoche in order to denote that her choice to walk the line between reality and fantasy is what allows her to create these majestic characters in the first place: to inhabit an utterly sincere humanity onscreen while compelling us to continually question the distance or proximity between the role and her real self. Whether you see the mask or what lies beneath it, Binoche is one of the only actors capable of inhabiting this remarkable duality with such graceful, almost preternatural ease.” Filmmaker Sofia Bohdanowicz praises Juliette Binoche’s ability to act simultaneously as character and herself—that is, an actor navigating the expectations of an industry rooted in sexism—that Binoche has preternaturally displayed from her earliest credits.

“Where the art in Foley art comes in is how these basic sounds are altered and assembled to convey the emotion and character dynamics in a sex scene. As put by Alchemy’s Lead Foley artist Leslie Bloome, ‘if it’s an intimate scene where two people are gently making love, it’s going to sound a lot different than two people banging the shit out of each other.’” Rebecca Pahle interviews a number of Foley artists to glean the techniques and tools (the artist’s own hands and hair, for the most part, though an absolutely essential role is played by chamois cloths) used to create the soundtracks for sex scenes.

“The reason I didn’t appear in my earlier films is really simple; it’s because I would make them alone and so I would have to carry the camera—so then I wouldn’t appear onscreen. This time, I was lucky enough to have someone to film with me. And also in this case, I really wanted to be able to focus on the interviews, to be able to receive the answers as best I could, so I asked someone else to film, and as a result I then appear.” Wang Bing discusses his epic documentary Dead Souls with Annabel Brady-Brown. If you need catching up on Wang, Film Comment also points out that the 68-page monograph put out earlier this year to celebrate the Courtisane Film Festival’s retrospective of the director—featuring essays by Luc Sante, Thom Anderson, Eugenio Renzi, and Emmanuel Burdeau, as well as several interviews with Wang—is available online.

“Whatever [drugs] I saw could be interesting for my mind, I tried. There were so many that you won’t be able to keep all the answers. I am playing it very cool now. When I was preparing Enter the Void, [I thought] any psychedelic plant or drug could probably help me to prepare this psychedelic movie. Part of it was just an excuse to have a reason to try them. Sometimes you go to heavenly places. Sometimes you go to hell. And in the movie, also [there] is a vision of paradise and hell, but I don’t believe in any kind of life after death. If there’s any paradise or hell, it’s right here, right now.”  Gaspar Noé indulges in his reaffirmed image of cinema’s bad boy, telling Ramin Setoodeh how unwatchable most mainstream films are and that they could only be improved by more male nudity, and confessing to Kyle Buchanan that he’s disappointed by the positive critical reception to his latest, Climax (and that he laughed all through von Trier’s less well-received provocation). (“I expected a worse response than my previous movies…. The last movie I did had 85 percent negative press. On this one, I said, ‘I hope I get 90.’”)

“Initially I thought this job might be a bit of a headache. It had many producers, and I thought that would mean 17 different people giving input. But I was given a lot of freedom. I knew they wanted something crazy and energetic, something that grabbed your attention immediately. So I needed to come up with a concept that would allow for that. I didn’t want it to just be untethered self-indulgence. Always tether your self-indulgence!” When not collaborating with his brother Evan and Guy Maddin, Galen Johnson maintains his day job as a title designer. Talking with Will Perkins, Johnson discusses how he put together the colorful, pulsating title sequence for the anthology film Madly, and correctly identifies the best opening credits of the last several years.

Canadian-born actress Margot Kidder shot to fame playing Lois Lane in the 1978 Superman but had been a busy actress in movies and on TV since making her small debut on the Canadian crime drama Wojek in 1968. She appeared in Norman Jewison’s Gaily Gaily (1969) and Quackser Fortune Has a Cousin in the Bronx (1970) with Gene Wilder, starred in Brian De Palma’s Sisters (1972), Bob Clarke’s Black Christmas (1974), The Great Waldo Pepper (1975), and 92 in the Shade (1975) before being cast in Superman and the sequels. Other credits include The Amityville Horror (1979) and Willie & Phil (1980), TV adaptations of Bus Stop (1982) with Tim Matheson and Pygmalion (1983) with Peter O’Toole, and voice work in animated shows. She became politically active in the 1980s and suffered severe (and well-publicized) psychological problems in the 1990s, which she confronted and conquered. She continued acting in movies and TV shows up through 2017. Ms. Kidder passed away in her sleep at the age of 69. More from Neil Genzlinger for The New York Times and Dan Callahan offers an appreciation at RogerEbert.com.

Joseph Campanella made his name as a small screen star, working his way up from guest roles in shows like The Naked City, The Untouchables, Route 66, Combat, and The Fugitive to the cast of The Doctors and the Nurses and the leading role in The Bold Ones: The Lawyers. He was a regular on Mannix and had recurring roles on One Day at a Time and The Practice. On the big screen he appeared in The St. Valentine’s Day Massacre (1967), Silent Running (1972), Ben (1972), and Hanger 18 (1980), but he was ubiquitous on TV as a guest star on scores of TV shows and numerous TV movies over five decades: Police Story, McCloud, Ironside, The Rockford Files, Quincy M.E., Murder, She Wrote, The Golden Girls, Dallas, Baywatch, CSI, and a voice actor on the 1990s Spider-Man and other animated shows. He died at age 93. Mike Barnes for The Hollywood Reporter.

Journalist and author Tom Wolfe never wrote a screenplay but he appeared as himself in numerous shows (including Cosby and voicing a caricature in The Simpsons) and the movies The Right Stuff (1983) and The Bonfire of the Vanities (1990) were based on his works. He passed away at the age of 87. Deirdre Carmody and William Grimes for The New York Times.