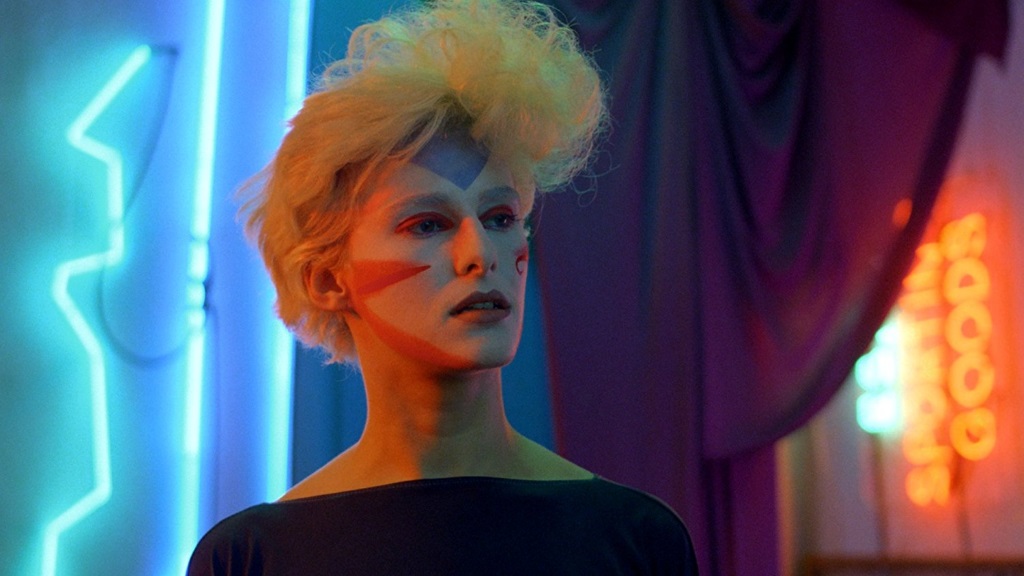 An avant-garde artifact straddling the eighties movie underground and the growing American independent movement, Liquid Sky (1982) broke into the college film circuit thanks to a trippy mix of drug culture, sexual androgyny, and indie sci-fi weirdness playing out in the New York eighties bohemian scene. Director Slava Tsukerman was a Russian émigré who studied at the Moscow Film Institute and worked in the Israeli film industry before moving to New York and immersing himself in youth culture to make his American film debut. He really is a true stranger in a land and he embraces it, observing his New Wave melodrama from the alien perspective of a sensation-seeking UFO in search of the human heroin high and discovering something better: the chemical blast of orgasms.

Anne Carlisle, a model and actress in the New York underground, co-wrote the script with Tsukerman and producer Nina V. Kerova and plays two roles: the jaded Margaret, a bisexual model who lives with performance artist and heroin dealer Adrian (Paula E. Sheppard), and her male model nemesis Jimmy, a sneering, preening would-be celebrity and drug addict. While they provide a tour of the underground clubs and rebel fashion culture, freelance German scientist Johann (Otto von Wernherr) tracks the alien invasion to Margaret’s apartment (where a tiny flying saucer feeds off the chemical euphoria unleashed by her lifestyle) and provides the exposition to his new landlady. The fact that he’s right (and still sounds like he’s off his meds) doesn’t give us any more confidence in him, perhaps because he’s kind of alien himself, utterly baffled by American culture and clueless to the flirtations of his landlady, who is as subtle as a stripper at a bachelor party.