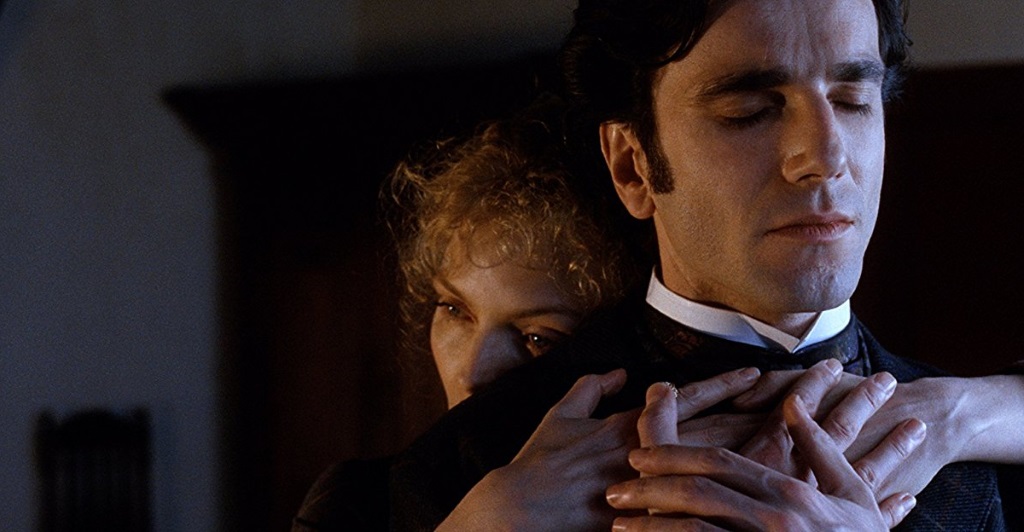 The Age of Innocence (1993) is not the only costume drama or historical picture that Martin Scorsese made but it is his only classical literary adaptation from the filmmaker that, all these years later, we still remember for edgy violence and cinematic energy. But even from the director of The Last Temptation of Christ, Kundun, and Silence, this film stands out for its grace and nuance in its portrait of social intercourse as formal ritual.

Adapted from Edith Wharton’s novel by Jay Cocks and Scorsese and set in 19th century New York City, it stars Daniel Day-Lewis as Newland Archer, a respected lawyer and respectable member of elite society who is engaged to the beautiful young May (Winona Ryder) but falls in love with her cousin, the worldly Countess Ellen Olenska (Michelle Pfeiffer). The American-born Ellen has spent the best years of her life in the social straightjacket of the European aristocracy and arrives home a stranger under the shadow of scandal, fleeing a bad marriage to a philandering European Count. At first Newland extends his friendship out of duty to May but soon finds Ellen’s honesty and insight refreshing and exciting. As he observes how his own society marks her as outcast he starts to see his own complicity in a social world just as petty and judgmental as the one Ellen has fled. That very complicity puts him at odds with his passions when he’s instructed to talk Ellen out of divorcing her husband and into returning to a loveless marriage to avoid tarnishing the family name. The same contract that he realizes he too will be entering.