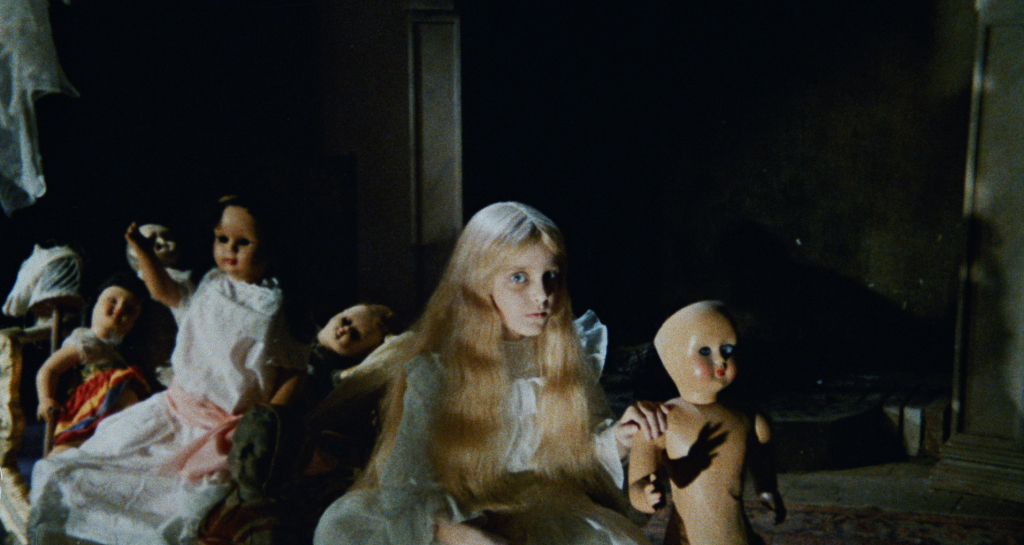 The title may sound like a serial killer thriller but Mario Bava’s Kill, Baby… Kill (Italy, 1966) is a Gothic ghost story with haunting images, grotesque edges, and glorious style. Think of it as Bava’s answer to a Hammer horror, with hysterical superstition and suspicion of outsiders replacing the lurid sexuality of Hammer’s Victorian horrors and Bava’s rich palette setting an altogether more expressionist atmosphere.

Shooting exteriors on location in rural mountain villages of picture-postcard medieval stone dwellings and labyrinthine streets, Bava creates a fairy tale world of an oppressively provincial 19th century village in the grip of a curse. At least that’s the explanation of the townspeople who dismiss the scientific investigation of Dr. Paul Eswai (Giacomo Rossi Stuart), a coroner from the city called into determine if Irena (Mirella Pamphili), a young woman whose death by impaling opens the film, was murdered or committed suicide. The villagers know—she is the latest victim of a curse upon the village—and do everything they can to drive the coroner and Inspector Kruger (Piero Lulli), the city investigator, from their insular little village. With the help of Monica (Erika Blanc), who was born in the village but sent away to school and has recently returned, Paul is determined to find the true cause of the inexplicable deaths plaguing the village.