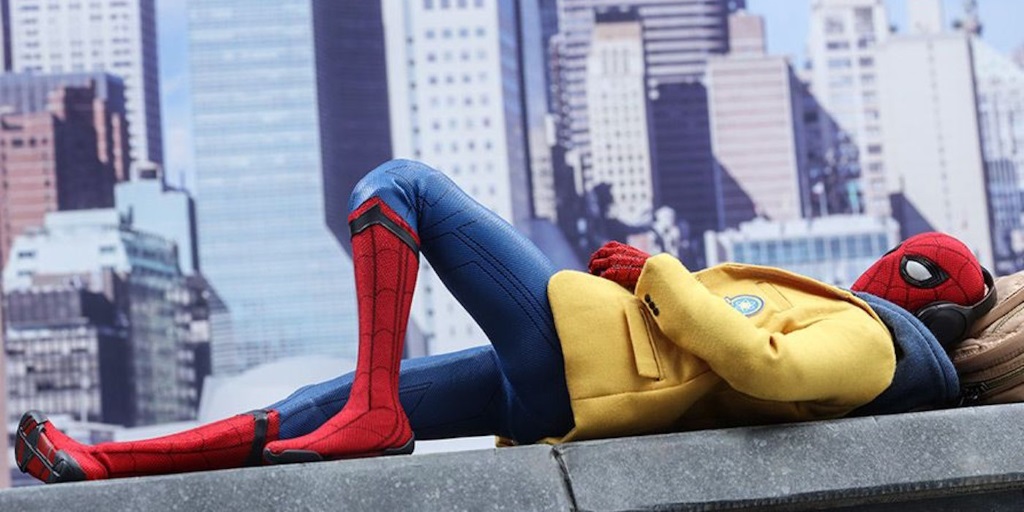 Spider-Man: Homecoming (2017) is the second reboot of the first superstar of the 21st century superhero boom since Sam Raimi’s hit trilogy and this time Sony (who still owns the movie rights) has handed the creative reins over to Marvel Studios and allowed them to integrate the webslinger into the Marvel Comics Movie Universe.

Tom Holland actually made his big screen debut as Spider-Man, once again a hapless high school kid just like in the original comics, in Captain American: Civil War, recruited by Tony Stark to be his secret weapon against Captain America’s rebel heroes. After holding his own in his big league try-out, Holland carries Spider-Man: Homecoming with the youthful spirit of a high school brainiac nerd with the fresh charge of superpowers he’s still mastering, the unseasoned hero eager to impress reluctant mentor Iron Man (Robert Downey Jr.) and make the leap from the streets of Queens to the big leagues of The Avengers.

This film wisely dispenses with the whole origin story and reintroduces us to the rookie wall crawler by revisiting his Civil War coming out party from the excited kid’s point-of-view via Parker’s camera-phone. It’s a perfect entry into this variation on the Marvel house style, capturing not just the charge but the culture of social engagement of a high school kid, a YouTube take on superhero spectacle in the first person.