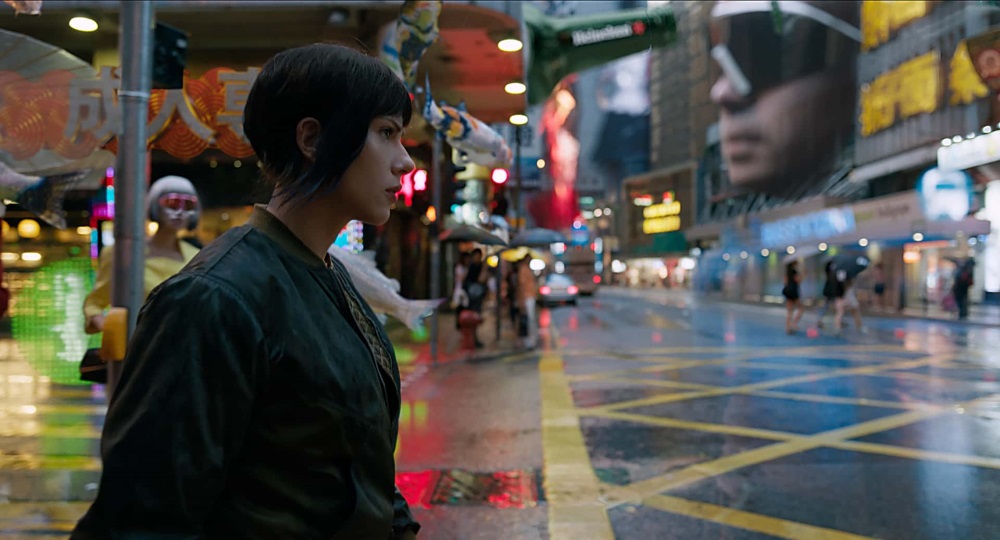 The live-action Ghost in the Shell (2017) is both a big-screen adaptation of the long-running Japanese manga (comic book) by Shirow Masume and a remake of the landmark animated 1995 feature from Mamoru Oshii. No matter how you split the difference, the film had a high bar to clear even before the controversy over the casting of Scarlett Johansson as Major Motoko Kusanagi, who is simply Major in this adaptation. A veritable weapon—her body is almost entirely artificial, a sophisticated cyborg with a human brain who isn’t sure where the person ends and the technology begins—Major is the leader of the Section 9 strike team, an anti-terrorist division of the government that, at times, battles rival sections as well as external threats. Their biggest nemesis, however, is a cybercriminal named Kuze (Michael Pitt) who hacks into human minds and turns ordinary people into terrorist weapons.

Johansson is remarkably effective in the role, impassive but not blank, both physically fierce and ethereal, morphing in action as the technology flickers into chameleon mode or sends her senses into 360 degree awareness. She is graceful and powerful, still and sudden, woman and machine, and her sense of identity is wrapped up in this alien physicality. Her relationship with Dr. Ouelet (Juliette Binoche), the scientist who created her cybernetic shell and ostensibly saved her life after a terrorist bombing, is somewhere between filial respect and professional collaboration, and for all the maternal care that Ouelet tries to push down, there’s something else creating the emotional distance between them. Major is most at ease with Batou (Pilou Asbæk), her trusted and fiercely loyal number two, and she is completely loyal to their section head Aramaki (‘Beat’ Takeshi Kitano), whose impassive expressions (Takeshi’s eternal hint of a smile makes him all the more enigmatic) covers his protective nature. As she has no memory of her past before the accident, they are the closest thing she has to family. At least until Kuze starts dropping hints about her origins and questions the identity she has taken for granted since her cybernetic rebirth.