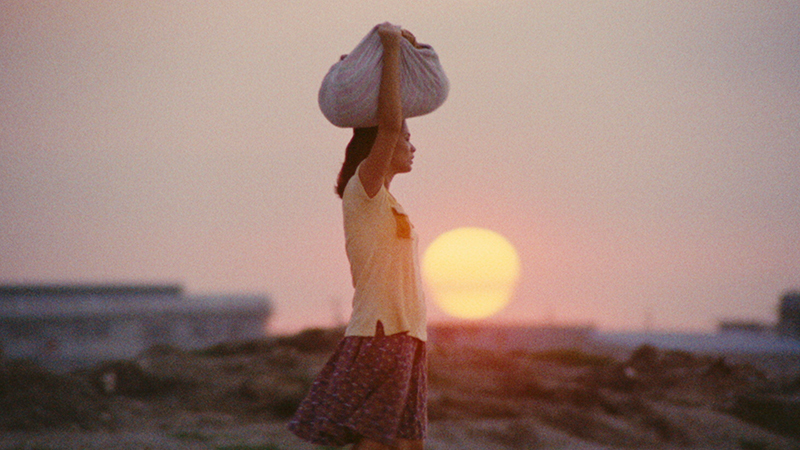 Criterion’s latest release of another collection culled from the Film Foundation’s World Cinema Project has Martin Scorsese’s name and stamp of approval on the box cover art, but some hefty names on the liner notes doing the actual introductions. This round features Phillip Lopate pondering the Fassbinderian elements of Brocka’s Insiang (“It is hard to say what part of this is crude filmmaking and what part a conscious stylistic device, meant to draw us further into an oneiric, meditative space”); Dennis Lim celebrates the narrative delirium of Weerasethakul’s debut Mysterious Objects at Noon (“As with the work of many of today’s most adventurous filmmakers… Apichatpong’s films rewire the relationship between fiction and documentary. More precisely, they perform a kind of alchemy by which contact with reality turns their narratives that much richer and stranger.”); Fábio Andrade is as compelling on the mythology that accrued around Peixoto’s long-unseen Limite as he is on the film itself (“When the magazine Filme cultura conducted a poll in 1968 on the best Brazilian films of all time, Limite ranked tenth, even though the film had been out of circulation for over thirty-five years and completely inaccessible for almost a decade”); Andrew Chan imagines the shock to the system Yang provided audiences with Taipei Story (“[the film] regards globalized architecture, in all its pervasiveness, not as a portal to the outside world but as an enclosure, something to be thrashed against”); Kent Jones does the magisterial job you’d expect using his brief space to tie Shinarbaev’s Revenge into the larger Kazakh New Wave (“The word Kazakh means “the people who wandered away from the center,” and the nomadic spirit is present in all of these films, whether they are set in the Altai Mountains or in downtown Almaty or Astana”); and Bilge Ebiri makes note of Law of the Border, the momentous collaboration between writer/actor Y?lmaz Güney and director Lütfi Ö. Akad that “[in] many ways… is the fulcrum on which much of modern Turkish cinema turns.”

“This is where the act of creation meets the act of viewing and engaging, where the common life of the filmmaker and the viewer exists, in those intervals of time between the filmed images that last a fraction of a fraction of a second but that can be vast and endless. This is where a good film comes alive as something more than a succession of beautifully composed renderings of a script. This is film-making.” Scorsese, meanwhile, is over at the Times Literary Supplement offering up a defense of cinema as an artform as interactive, as dependent upon the viewer’s imaginative participation, as any novel.

“In the 1940s, the prototypical film thrillers were directed by Hitchcock. I’ve argued elsewhere that he mapped out several possibilities with Foreign Correspondent and Saboteur (spy thrillers), Rebecca and Suspicion (domestic suspense), and Shadow of a Doubt (domestic suspense plus psychological probing). Today, I suppose core-candidates of this strain of thrillers, on both page and screen, would be The Ghost Writer, Gone Girl, and The Girl on the Train.” One of those things may be very much not like the others, but David Bordwell’s larger point about the artistic and economic benefits of making thrillers crystallizes why the genre keeps attracting such prominent filmmakers (and the checks of the moneymen).

“Mike, with his bandaged eye, is like a bewitched beast: half man, half animal. He keeps making unpredictable and unnerving transitions, from a subhuman brute to a lonely guy sitting at his kitchen table cutting out pictures of women for a scrapbook. It’s disturbing when he trashes the apartment in a drunken rampage, even more so when he tidies up and presents his captive with a steak dinner, complete with flowers (in a milk carton) and French wine, before abruptly asking her to be his wife.” Back at Criterion, Imogen Sara Smith finds Ralph Meeker’s daringly ambiguous portrait of a lonely captor key to the success of Garfein’s Something Wild.

“In the ’70s the gritty and somewhat pessimistic nature that has always been characteristic of B movies translated into a refusal to keep bad things from happening to good characters, a resistance to handing out easy, happy endings. That’s why it’s possible to watch these movies now—despite the pulpiness, despite the obvious lashings of nudity and violence to satisfy the exploitation crowd—and feel as if you’re being treated like an adult. Their staying power is in the way they stand in opposition to the current juvenile state of American movies.” An excerpt from Charles Taylor’s new collection Opening Wednesday at a Theater or Drive-in Near You: The Shadow Cinema of the American ’70s lays out his thesis that even the too-easily dismissed genre works of the decade shared in an ambition and humanity all but vanished from the movie screen today.

“Well, maybe it was good to learn the rules, and to understand how to do things in a conventional way. Sometimes you would do it that way and then throw it out. You may realize there’s no need, or it doesn’t apply…. In the editing, you find out if it worked or not. You work with it. But it’s not like we didn’t learn the rules. Nobody was holding the rulebook on us; they were more receptive, interested, curious: “Okay, you might have done it like that.” That was the kind of school [UCLA] was. If you were careless and not serious and didn’t know what you were doing—just flaunting—then they might object.” Billy Woodberry talks with Steve Macfarlane and Madelaine Coleman about the making of Bless Their Little Hearts, the excitement of the L.A. Rebellion, and why its like isn’t coming round again.

“We won’t be able to talk about the films anymore when we’re dead. Film material is very sensitive and the negatives won’t last forever, but the films will outlive us for a certain amount of time and I hope that they will still speak to people. We talk about the films because in general the distribution system does not work anymore. Straub talks better than I do. I don’t know if he enjoys doing it. I think that one destroys a bit of the work that way.” David Hudson passes along a recent translation, by Ted Fendt, of a 1982 interview with Danièle Huillet—apparently the only one she ever conducted without Straub at her side.