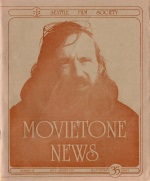 But Eddie Coyle works as Yates’s earlier films do not. It works because Yates’s habitually uncommitted point-of-view is appropriate to the seasoned, didactic monotone of George V. Higgins’s novel. The book was practically a scenario as it stood, and Yates and adapter-producer Paul Monash (Slaughterhouse Five) have, for the most part, stuck by it: Higgins regularly interspersed chapters of mostly dialogue between crooks A and B, dialogue between crook A and cop A, dialogue between between crooks A and C, dialogue between crook C and cop A, dialogue between cops A and B …, on and on, tracing an incestuous pattern of casual, causal, at times almost bemused mutual betrayal. Yates’s dispassionate shooting of those scenes in clinically sound locations certifies the grimness of Higgins’s thesis (one gets a grubbily incontestable, time-and-money demonstration that crime often pays miserably), and ultimately he improves upon the experience of the book simply because the visual experience of the film is less monotonous than the verbal experience of the book. One quickly nods that, yes yes, surely the idea in the book was that everyone in this flipside of the normal workaday world does talk and operate the same, including the cops (and very juicy talk it is); but the film manages to convey that observation while benefiting from the simple fact that we are, after all, watching different actors rather than reading Higgins’s blank reverse-angle dialogues between two faceless names.

What is more, the casting and the performances in the film are unexceptionably superb, with especial bows to Steve Keats as a gun runner, Richard Jordan as a soulless young cop who plays off his stoolies against one another with chilling Machiavellianism, and Alex Rocco as a bankrobber who daylights as a bulldozer operator. But top honors—and surely an Oscar nomination—go to Robert Mitchum as Eddie Coyle, here denied the customary sardonic heroism that has seen him through previous loser roles (some perfect “Mitchum lines” in the novel have been dropped from, or toned down in, the film). He has often inhabited characterizations beautifully: this is not one of those awful, phony, selfconscious essays at “acting” in quotation marks that our great naturals sometimes get sucked into as atonement for having been stars, but it is possible here to observe him in a subtly considered performance that bespeaks compleat professionalism and a sensitivity Mitchum works hard to deny in interviews.

2016 addendum: Mitchum did not get that Academy nomination.