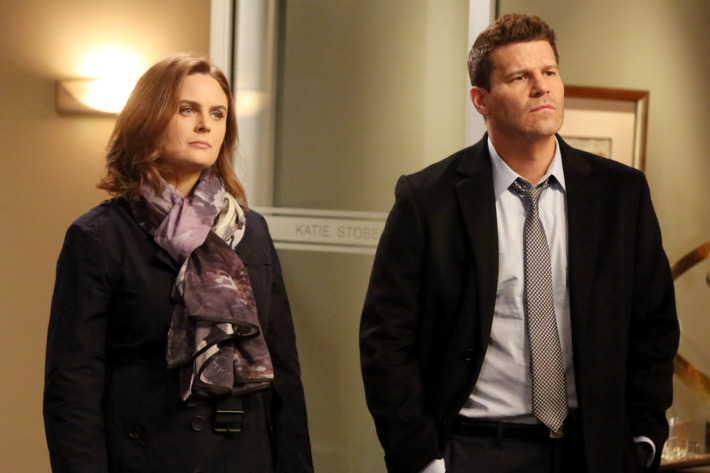 After 12 years and 245 episodes, Bones is coming to an end. I know that will come as news to some of you. I mean, that’s the show with Zooey Deschanel’s older sister and the guy who played the brooding vampire on Buffy the Vampire Slayer, right? It’s really still on?

Ever since it debuted on 2005 as yet another CSI lite, the series has flown under the radar of TV critics and the cultural conversation alike. It’s a breezy procedural most likely to be stumbled across while channel surfing daytime cable TV (where it seems to be in endless rotation on TNT), which means it gets no respect. And that’s a shame. Behind the technology geek-out, the horror effects played for gross-out humor, and investigations through quirky social subcultures, Bones quietly and slyly spun one of the most interesting love stories on TV.