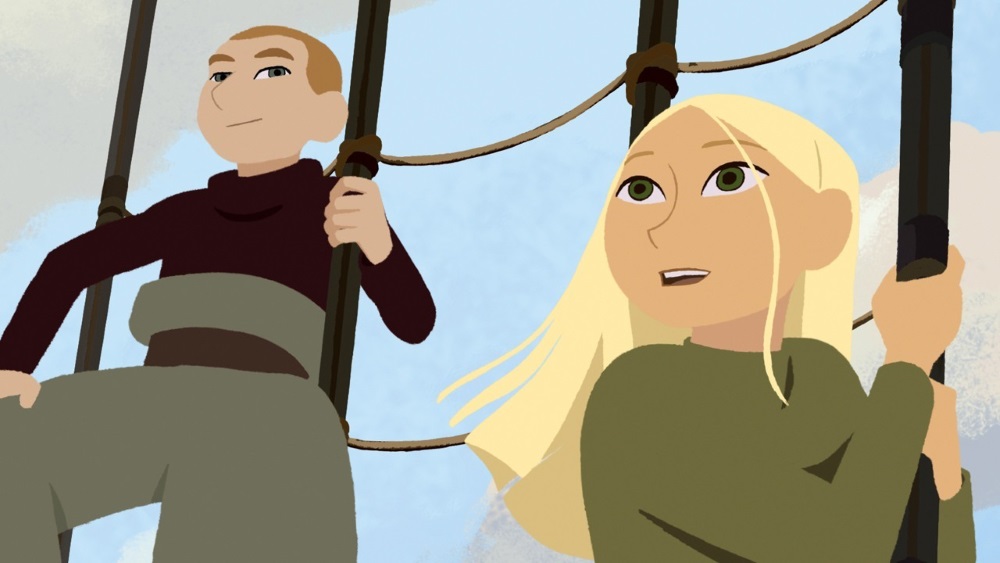 Long Way North (Shout! Factory) is a gorgeous French-Danish animated feature about a 15-year-old girl from an aristocratic family in 1880s Saint Petersburg who flees her palatial home for the far north to search for the lost ship of her explorer grandfather Oloukine. He disappeared in his attempt to conquer the North Pole in the “unsinkable” ice breaker “The Davai” and is assumed by all to have sunk but Sacha, the aristocrat with the heart of an adventurer, finds clues in her grandfather’s papers that suggests he took an alternate route and she seeks out a ship to search for the ship. There’s a handsome reward for its recovery, which is what finally convinces a Captain to take on her search, but she’s driven by her adoration for her grandfather and her desire to rehabilitate his reputation.

First-time director Rémi Chayé was an assistant director and storyboard artist on the Oscar-nominated The Secret of Kells and the lovely French feature The Painting and he brings a strong, sure sense of design and layout to the film. This is traditional hand-drawn animation with an unconventional visual style, less drawn than painted with big, bold fields of color and details suggested in splashes of shadow or small, simple lines.