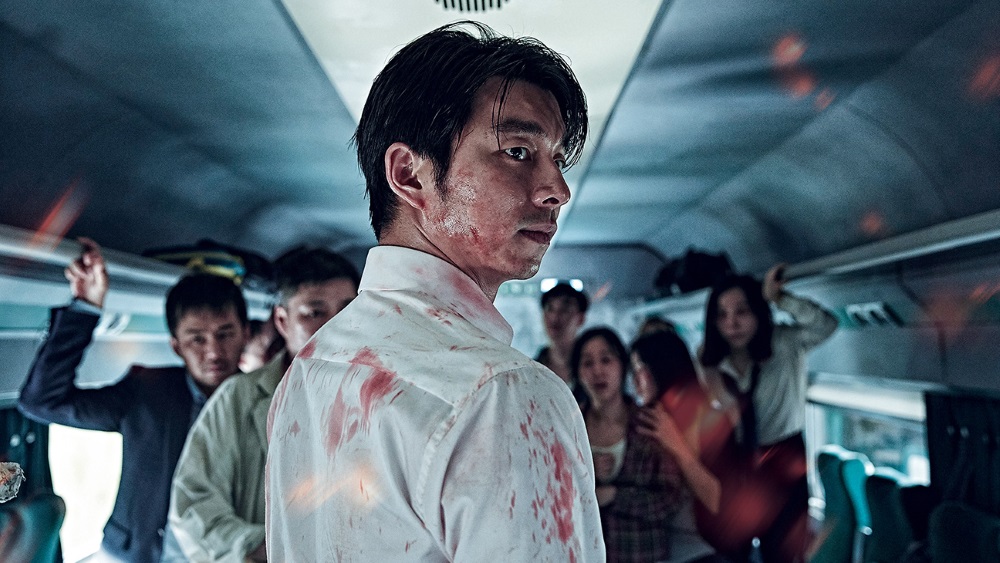 You could call Train to Busan (South Korea, 2016) “Zombies on a Train”—it certainly makes a catchy logline and it frames the premise accurately and succinctly—but it reduces this fleet, fierce, unexpectedly human thriller to a mere gimmick.

Apart from the slyly eerie prologue, the film opens without any hint of the viral rampage to come. Workaholic divorced dad Seok Woo (Gong Yoo) is a hedge fund manager in a Seoul financial firm juggling a financial crisis while his neglecting his young daughter Soo-an, one of those adorable tykes whose moon eyes and disappointed face gives us a history of neglect—not the physical abuse kind, mind, he’s just been absent in every meaningful way—and finally shames him into taking her back to her mother on the train to Busan. It’s just another ride as far as the passengers are concerned, but that because the train pulls out just before the yard is overrun in a swarm of rabid bodies, but not before one infected soul climbs aboard.