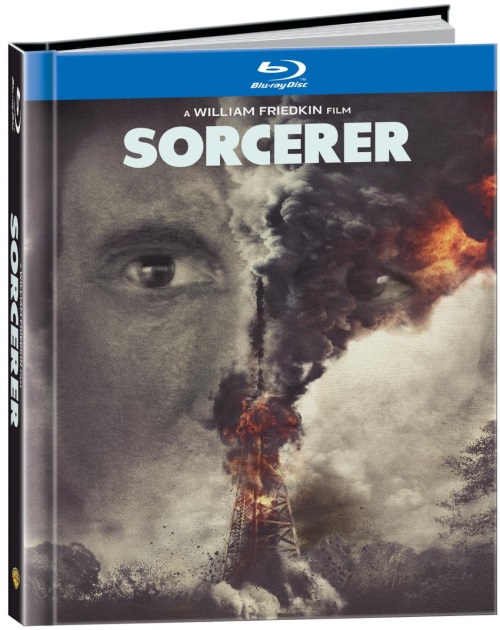 “Despite all the problems and setbacks, bruised egos and shattered friendships, I felt then and still do that Sorcerer is the best film I’ve made.” – William Friedkin

After William Friedkin’s career took off with the consecutive successes of The French Connection (1971) and The Exorcist (1973), he used his clout to make a passion project, a reworking of Henri-George Clouzot’s The Wages of Fear (1953) (Friedkin insists that it’s not a remake) that he rather abstractly titled Sorcerer, named after one of the two trucks that set out across treacherous jungle roads with a cargo of unstable dynamite in the back.

It was a resounding commercial failure and it took the luster off of Friedkin’s golden boy image. Forty years later it’s being heralded, at least in some quarters, as an overlooked masterpiece. Distance, along with the film’s unavailability for well over a decade, has allowed viewers to return to it with fresh eyes and a better understanding of Friedkin. I’m not part of the “masterpiece” chorus, at least not to the extent of The French Connection, but I find a terrible, beautiful power in the film’s primal imagery and almost abstracted conflict of man and nature. Like Apocalypse Now and Heaven’s Gate and other passion projects by seventies filmmakers that spun out of control in a perfect storm of ambition, obsession, arrogance, and bad luck, Friedkin’s passion and commitment comes through in some superb filmmaking and riveting scenes and stunning imagery.