Kelly Reichardt’s Old Joy, a road movie that captured both the possibility and freedom of the weekend road trip and the tensions of anxieties of old friends who reunite only to find they have nothing in common anymore (not to mention the distinct shades and textures of Oregon’s backroads), was one of my favorite films of 2007. New York-based filmmaker Reichardt returned to the Pacific Northwest and reunited with writer Jon Raymond for Wendy and Lucy, an even less idealized look at life on the road. This isn’t the romantic road movie of Alexander Supertramp in Into the Wild. This is survival, revealed in all the mundane details of a documentary portrait and the simple power of Michelle Williams’ unadorned performance as Wendy, a single young woman heading off to find work on Alaska in a used car with only her dog, Lucy, for company and support. When Lucy runs off and Wendy tracks her to a group of young drifters gathered around a bonfire, Reichardt keeps her camera back to watch Williams’ careful and wary body language tell the story of her vulnerability. That vulnerability isn’t simply physical. With no fixed address, no cell phone and dwindling savings (all in cash), she’s practically off the grid. Every penny is accounted for. She collects bottles for the deposit and sweeps the seats for change.

The disarming directness and seeming simplicity of Reichardt’s direction can lull you into thinking that there isn’t anything going on, when in fact the film is built on a multiplicity of details and insights, never commented upon but essential to understanding the character and her situation. The subtlety of the plot’s emotional undertones hit hard, once the audience feels them via osmosis. Riechard could be directing a short on O2 broadband packages for all the difference it makes to the intelligence with which ideas are presented. Small thoughts and an endless supply of close reading material just appears as you’re watching. And there’s a reason they don’t jump out at you: they are the everyday details of living in the modern world as experienced by a person living on the edge. A setback that carries a costly but merely inconvenient price-tag to most of us is the disaster that pulls the rug from under Wendy. She’s been sleeping in her car all this time and now has to find a place to sleep (there’s nothing in the budget for a hotel room). Sleeping rough in the nearby woods, she awakens to find a hobo rummaging through her stuff and mumbling to himself. Her vulnerability is never more apparent than in this scene, which Reichert shoots in hard close-up on the intruder’s wild-eyed expression (Larry Fessenden, who is terrifyingly good at looking bedraggled and scary and utterly unpredictable) and Wendy’s paralyzed terror. It’s a terrifying moment and this intrusion into her personal space, as he rifles through her belongings while she wraps herself up in paralyzed terror, is a step away from rape or assault. The ripples of minor obstacles have major repercussions. So to do the small kindnesses of a security guard (Wally Dalton) and an understanding mechanic (Will Patton, who fills his tiny role with life and character). Wendy and Lucy is tender, tough and uncompromising, photographed with a disarming directness and seeming simplicity that looks almost naked next to the dramatic constructions of Hollywood road movies. It just makes her precariousness all them more real.

Oscilloscope’s DVD release offers something a little different in the way of supplements. Instead of commentary or interviews or a making-of featurette, Kelly Reichardt curates a collection of four experimental short films by members of the film faculty at Bard College.

Revisiting Enchanted April for the first time since its release in 1992, I found musing that it was simultaneously everything wrong about period British cinema of the eighties and nineties, and everything right about it. Based on a beloved British novel, it’s the story of two quietly miserable middle class wives, Lottie (Josie Lawrence) and Rose (Miranda Richardson), who impulsively (and passionately) decide to escape their dreary world in post-World War I London and their distracted, pompous husbands and rent a castle on the Italian coast. When they wake up in their villa after a rainy nighttime arrival (Britain still seems to follow them like a cloud), they open their windows to a sunny spring morning on the Italian coast, the hills exploding in flowers and foliage, the Mediterranean waters a captivating azure catching the sun with white accents. It’s a fairy tale awakening for them in every way. “It’s this place,” says Lawrence’s newly recharged character, and she’s right: it intoxicates everyone who arrives, from their roommates and partners in the enterprise, the privileged socialite Lady Caroline Dester (Polly Walker) escaping the “grabbing hands” of the men in her society circles and the officious matron Mrs. Fisher (Joan Plowright), who makes it her business to keep strict schedules and maintain the social equilibrium and propriety but soon gives in to the freedom and the energy of this world. That phrase,  “It’s this place,” is usually code for some kind of infection of evil in a horror film, but here it’s all about the magic of a magnificent piece of heaven on Earth, which refreshes and heals, lifting the emotional baggage and allowing for fresh starts.

The film slips into internal monologues to tell us about the transformations the characters are going through and they seem so unnecessary so much of the time, mostly because the observations are already so apparent to the eye. That’s thanks in large part to Mike Newell, especially when it comes to exploring the effect of the Italian getaway on Lottie and Rose, the buttoned-up, dutifully miserable British housewives who let their hair down (literally – the careful pulled-back hairdos become the flowing tresses of Earth Mothers rediscovering themselves) and become one with the world. For Lottie, Josie Lawrence wanders the woods, her hands out to feel the grass and the leaves and the foliage as she passes by, her smile a gentle but radiant expression of bliss. Her unleashed joy brings out the beauty that has been locked up in her unhappiness.

In the case of Rose, Newell shoots her not a visitor to the landscape but a part of it. Miranda Richardson doesn’t merely commune with nature, she nestles in the grass or stretches out on the rocks like a child in the comforting arms of a parent or a lover sleeping in the arms of her love. When she floats in the shallow waters, her hands stroke and grab the sea grass with an almost erotic intensity. It’s not to say she’s making love to this corner of the Earth (though it wouldn’t be far off the mark) as she’s escaping into its warm bosom and trying to merge with it. If Lottie is the Earth Mother, Rose is the wood nymph attempting to escape the repressed instincts of her socially conditioned body. It’s almost disappointing when the husbands arrive and the old romances are recharged and relationships rekindled with newfound respect and affection, if not for the commitment and compassion and generosity of Newell’s direction. It’s not about escape or rebirth, it’s about renewal and appreciation, with all the restraint we’ve come to expect in the oh-so-British manner of period movies, but behind that precious romanticism is a genuine commitment to this emotional renewal.

Originally shot for British TV, it was scheduled for only a brief theatrical release when Miramax picked it up for American distribution, cut it by a few minutes (director Mike Newell says 15 minutes, producer Ann Scott recalls it was more like five or six minutes) and had a big success with it. It was shot on 16mm in the squarish TV format, which tends to clip the headroom when shown in the theatrical ratio. The American DVD debut crops it at what is likely both a compromise (if in fact there was that much thought given to it) and a default standard of 16×9 widescreen, the standard widescreen TV ratio. The film looks quite good in this remastering and the 16mm grain and color add to the organic feeling of the scenes in Italy. It’s lush but also earthy, particularly defined by the greens and browns of the springtime.

The Curious Case Of Benjamin Button (Paramount) comes out on DVD in a two-disc special edition DVD and Blu-ray with a Criterion logo and spine number, but Paramount release and distribution. I don’t know what the relationship between these two companies – the major American studio and the gold standard for definitive editions of classic (and some contemporary) movies on DVD – but it’s resulted in a magnificent production. The disc features the handsome, austere Criterion art and menu design, which loads right up and takes you to the movie and the supplements without having to wade through trailers. The transfer is sterling (taken directly from the digital master of the largely HD-shot film) and supplements are serious, in-depth productions for serious film folk. But the documentary producers are not Criterion veterans but professionals with credits on DVD special editions from Paramount and Fox (including the non-Criterion releases of Fincher’s Panic Room and Zodiac, which are excellent editions in their own right). Whatever the breakdown of responsibility and credit, this is an amazing DVD production anchored by a very serious and typically observant commentary by Fincher (who drops a few harmless F-bombs in his solo commentary tour of the movie) and the documentary/production study The Curious Birth of Benjamin Button. Hit the “Play all” function and you get an almost three-hour documentary featuring almost every major collaborator on either side of the camera, who take you on a tour of the film from its initial attempts at adaptation in 1990 through the technology harnessed to create a backwards-aging Benjamin in the screen to the release. It’s dense and interesting and entertaining, far more engaging and captivating than the majority of such supplements. But there are also featurettes not included in the “Play all” that you can access separately and galleries of storyboards, art direction and costume sketches, and production stills. It’s not for everyone, but this is the kind of epic production documentary that fascinates me, not just because of the detail of information but also for the insights it offers into the collaborative process of filmmaking and the marriage of creative decisions and practical solutions. Whether or not it was the Criterion logo that inspired the DVD producers to take such an exhaustive and intense approach to the supplements, it’s a production that does the logo proud.

For more on the film itself, see my review on the MSN DVD column here. 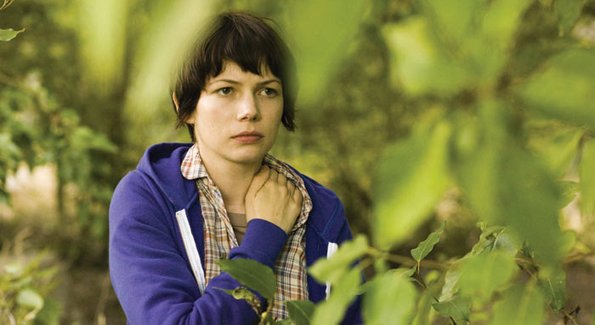